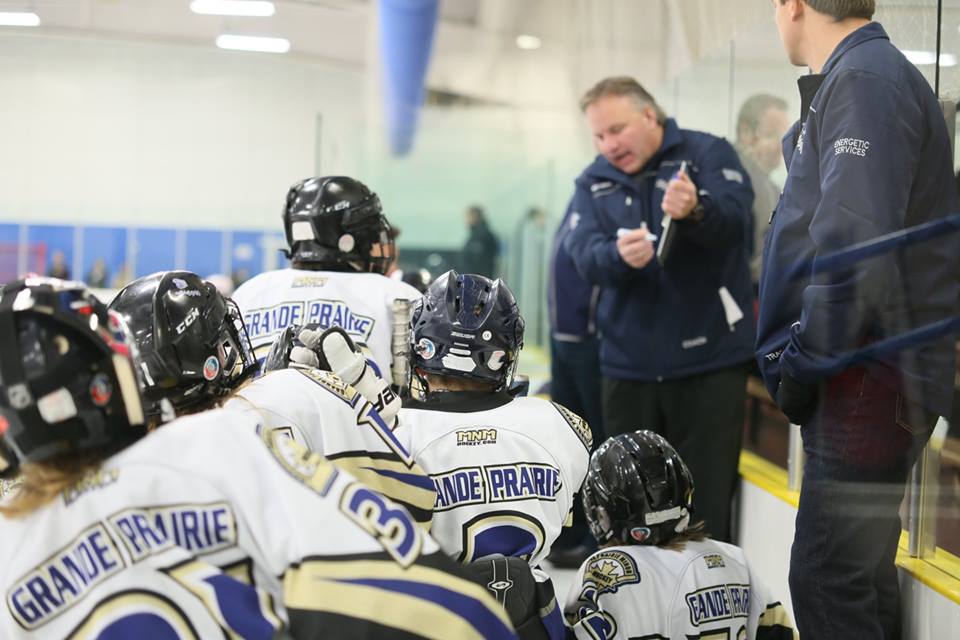 Grande Prairie Minor Hockey loses players every year who don’t want to play with bodychecking, so the association is bringing in no-hit teams. Starting next season, there will be non-contact bantam and midget teams in the C division, with their closest competition in the B.C. Peace. Executive Director Lorna LeBlanc expects there to be a lot of interest.

“Last year we had a couple of our hitting bantam and midget teams play a couple of these B.C. and they loved it. There is a definite need where some players are just not comfortable with the level of physicality that goes on in bodychecking games.”

Hockey Alberta eliminated hitting from peewee hockey in the 2013/2014 season,
and would to see more non-contact teams. LeBlanc hopes to see players be able to stay in a recreational stream through to their adult years.

“Then what you’re working on is actually the pure game: the skating, puck handling, passing; everything else except you’re not so worried about getting schmucked. We have seen such a size difference where you’ll have kids that are 4’9″ to kids that are almost 6′.”

GPHMA plans to host a non-contact tournament, and will invite other cities that have no-hit teams, like Lethbridge and Airdrie. Registration for minor hockey starts June 1st, with June 25th the last day before a late fee is applied.