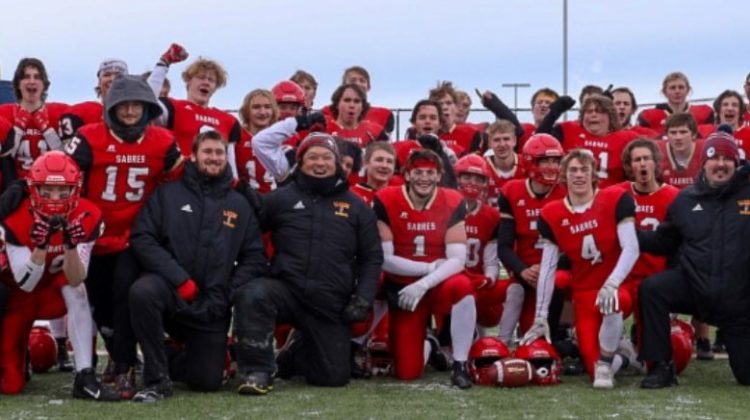 The Sexsmith Sabres pose for their championship photo at ASAA provincials in Edmonton. (Supplied Jeff Burke)

Two Grande Prairie area schools are all smiles this weekend, as the Sexsmith Sabres and St. Joseph’s Celtics captured football championships at the ASAA provincials at Commonwealth Stadium in Edmonton.

The Sabres walked away with the Tier IV championship, after a 51-7 win over W.R. Myers. The Celtics also secured the Tier II championship on Friday, with a 35-19 victory over Holy Trinity Academy.