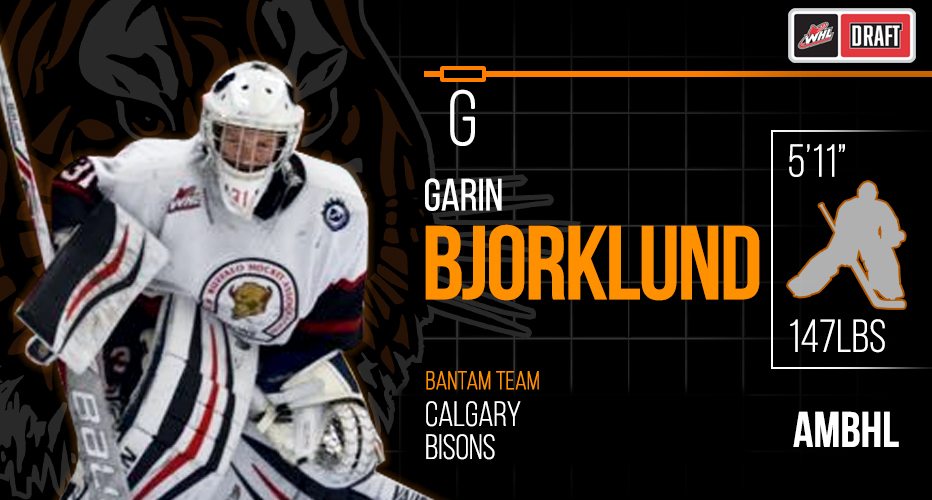 Going in the first round to the Medicine Hat Tigers was Grande Prairie goalie Garin Bjorklund, who was selected 21st overall. Bjorklund played for the Calgary Bisons Bantam AAA team last season with a 1-point-9-7 goals against average.

“Garin is a gifted athletic goalie that has tremendous quickness,” says Tigers Director of Player Development Darren Kruger in a statement on the team’s website. “We would like to welcome Garin and his family to the Tigers organization.”

Garin is following in his brother’s footsteps, after Paycen Bjorklund was drafted 25th overall in 2015.

In the third round, defenceman Kaden Reinders of Peace River was picked 52nd overall by the Victoria Royals, followed by Grande Prairie forward Sheldon Kwiatkowski heading to the Calgary Hitmen as the 66th pick. Both played for the Bantam AAA Storm last season, earning top defenceman, and top forward and MVP accolades respectively.