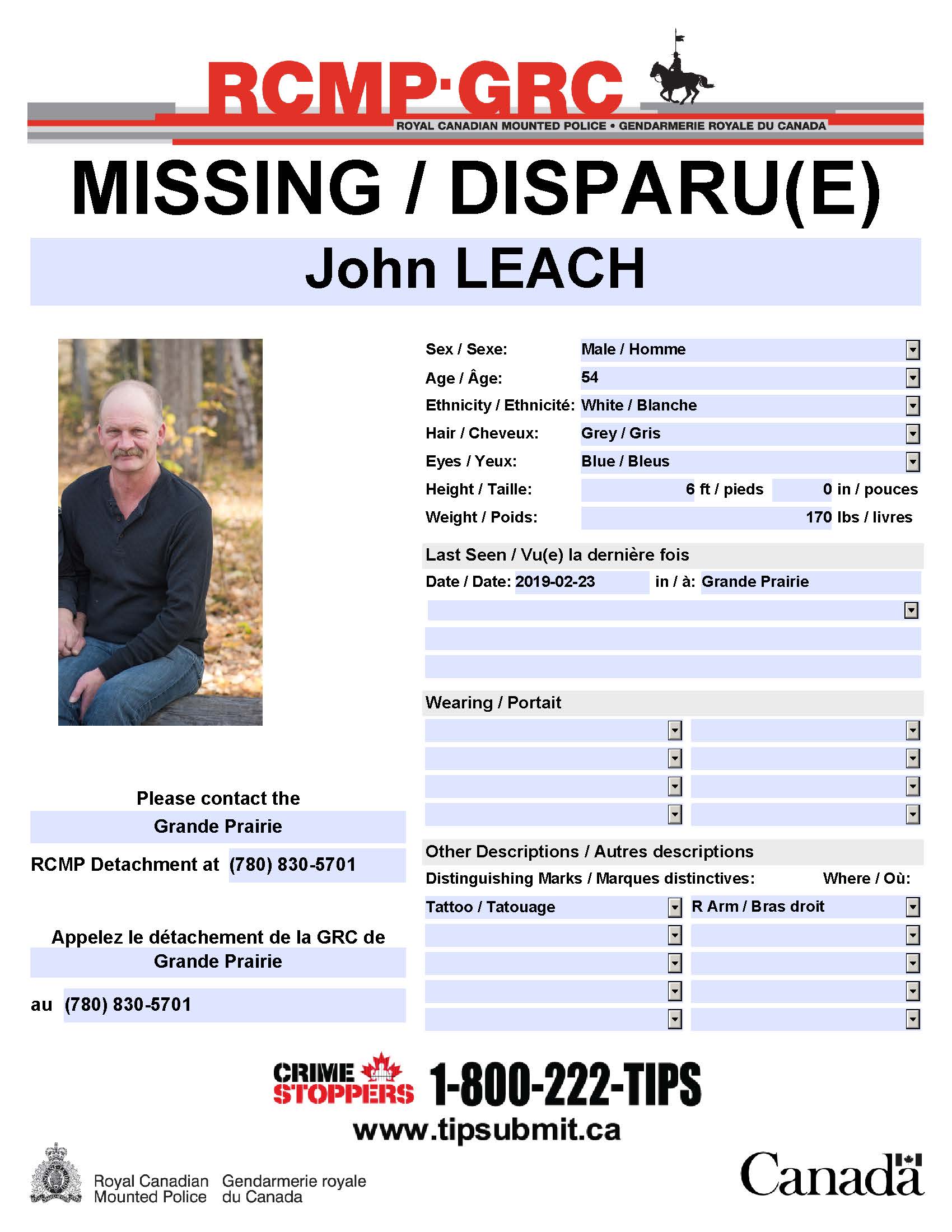 UPDATE: Leach has been found safe.

A man who went missing from Grande Prairie may be driving in a red pickup truck. 54-year-old John Leach was last seen in the city on February 23, 2019.

There is a concern for his well-being. Anyone with information on his whereabouts is asked to call Grande Prairie RCMP at 780-830-5700 or Crime Stoppers.