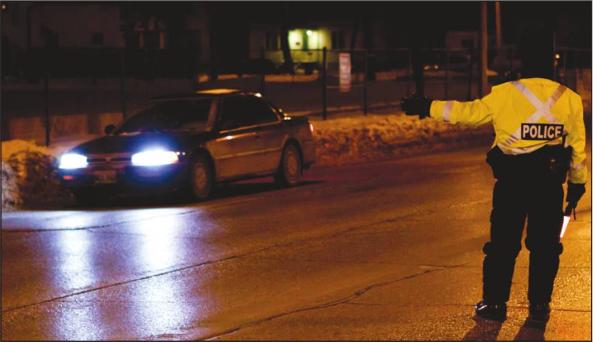 Impairment is the leading criminal code cause of death in Canada. The dangers of drinking and driving have been the focus of many ad campaigns, school presentations and even a week long national campaign. Yet RCMP Cst. Mike Hibbs says they are scratching their heads to figure out why people are still deciding to get behind the wheel while impaired.

“There’s so many other options out there. For example taxis, staying at a friends house, getting a designated driver and stuff like that. It’s just so easy to get yourself [from] point A to point B without putting yourself in that jeopardy and other people in jeopardy by getting behind the wheel.”

Younger drivers or those with a GDL qualification on their license have the strictest rules. There is a zero tolerance policy for any sort of impairment. Hibbs says the GDL guidelines are tougher because typically that is the age group most likely to be using drugs or alcohol behind the wheel. Any impairment will lead to a 30 day suspension and the vehicle will be impounded for seven days on the first offence and would increase if there was another offence.

Hibbs says drivers without the GDL classification are subject to different guidelines. Blowing between 50 to 80 milligrams will lead to a three day suspension and the vehicle being impounded. Again any additional offences would lead harsher measures. A full impaired would a suspension that could be in place until the matter was before a court of law.

With the legalization of marijuana expected soon many are concerned that this will lead to an increase in high drivers on the roads. Hibbs says they already use Drug Recognition Experts (DREs) in roadside sobriety tests when deemed necessary.

“We have some very healthy numbers of DREs in the province and we’re increasing those numbers as we get closer to the date. So we’re prepared and we’re hoping that people don’t use drugs and drive but we’ll certainly be prepared to deal with it if it comes around.”

Numbers released last summer show the impaired driving rate in the city of GP was on a downward trend but county numbers were on the rise. National Impaired Driving Week runs March 18 to 24.