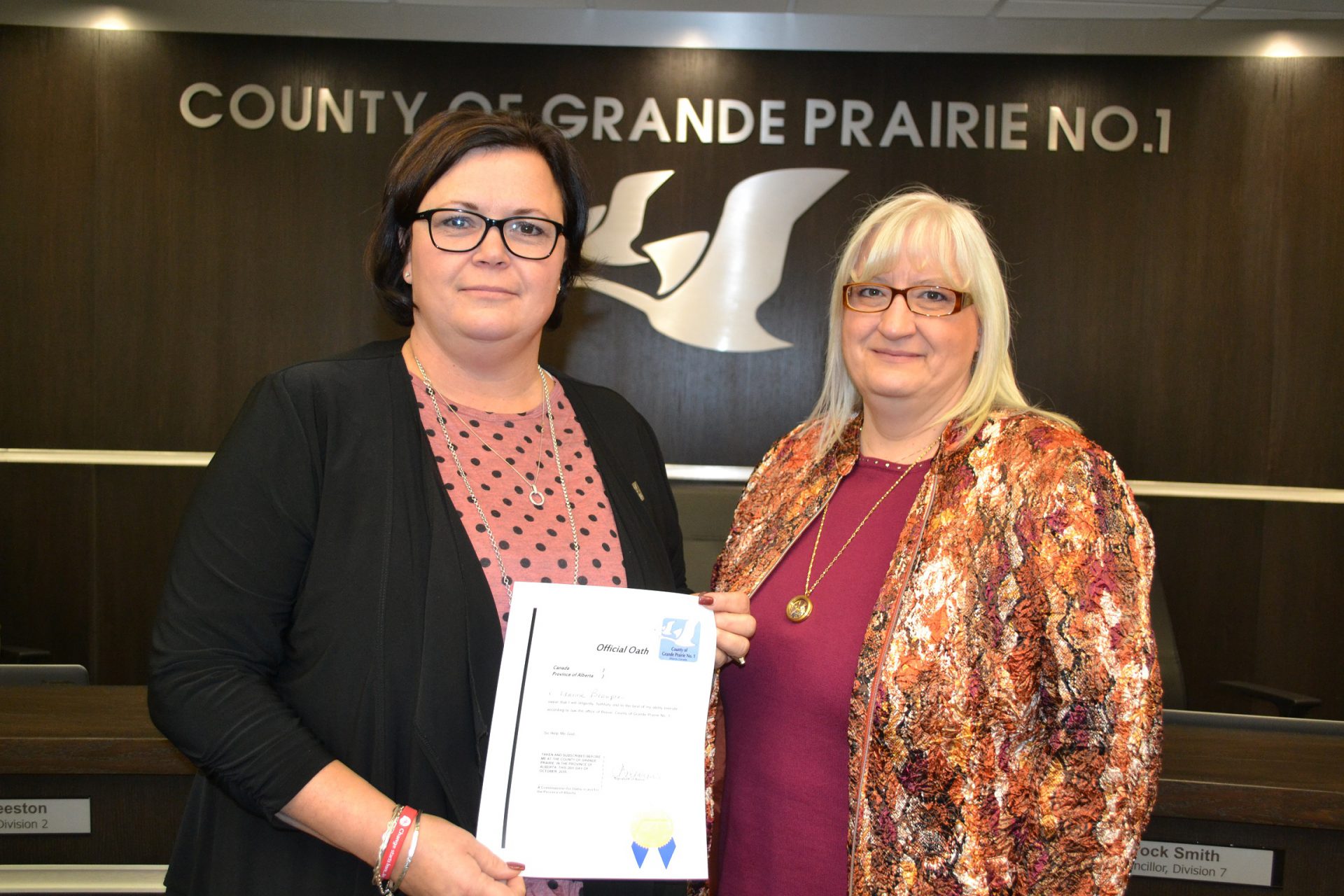 Leanne Beaupre and Ross Sutherland will stay on as the Reeve and Deputy Reeve of the County of Grande Prairie for at least another year. An organizational meeting is held annually to choose those positions, along with committee appointments.

This will be Beaupre’s fourth year as Reeve, after first being elected in April 2012, but she has served as a Councillor for Division 3 since 2004. Sutherland represents Division 4 and has served on council since October 2010.

Both were acclaimed and say they look forward to ensuring a high quality of life in the region.