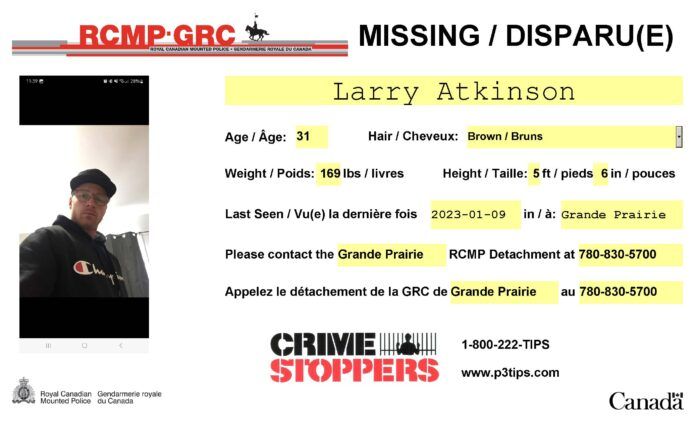 UPDATE: The RCMP says Atkinson has been found safe.

Atkinson is possibly driving a white Jeep Grand Cherokee with the Alberta licence plate CMM 9672. He is described as 5’6″, weighing around 169 pounds, with brown hair and blue eyes.