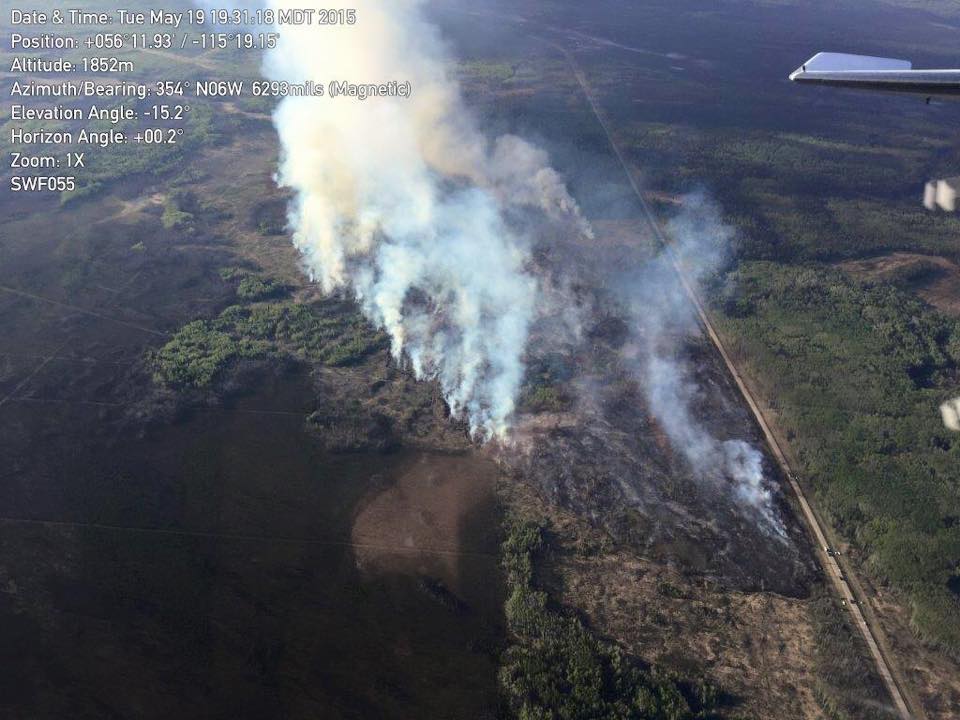 A Peace River man has been charged with arson for allegedly lighting a vehicle on fire, sparking a wildfire that has grown to more than 300 hectares.

The fire was started in the ditch of Highway 88, 44 kilometres south of Red Earth, on Tuesday shortly before 3 pm. RCMP, the Red Earth Fire Department, and Sustainable Resource Development responded to the fire, shutting down the highway for two hours to keep the public clear.

The fire has grown in size to 338 hectares and is considered out of control.

Five people were found when police arrived on scene, and 35 year old Kenneth Joseph Auguer has been arrested and charged. He will remain in custody until his next court appearance on June 2.