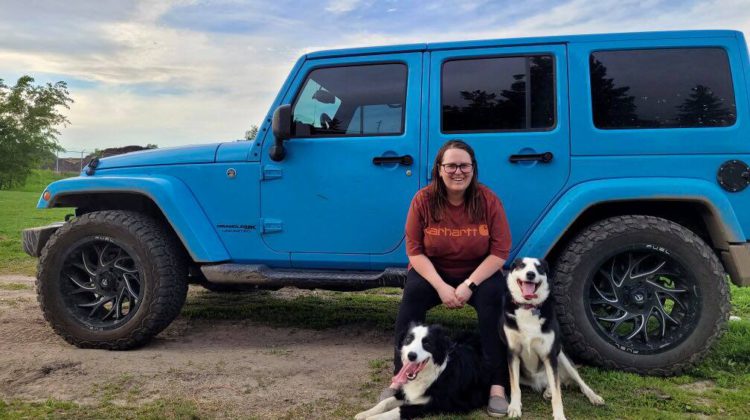 Jeannie Francis plans to walk 215 km in the month of June to raise money for the Grande Prairie Friendship Centre. (Supplied, Jeannie Francis)

A Grande Prairie woman will be walking 215 kilometres in the month of June in memory of the 215 children found at a former Kamloops Residential School.

On top of the 7.4 kilometres Jeannie Francis plans to walk daily, she is also using the month to try and raise $1,000 for the Grande Prairie Friendship Centre.

She says she wanted to donate to an indigenous organization and decided upon the Friendship Centre because of its support to multiple organizations.

“I decided to donate directly to them because they cover so many organizations underneath their umbrella already.”

Francis says she will be out every evening during the week and throughout the day on weekends in an orange shirt. She hopes it will help create awareness of how residential schools affected indigenous culture.

“I needed to do something that might get the community to at least be willing to learn more about it and to see what’s happened and at least attempt to donate to some Indigenous organizations to help them out,” she says.

“When all of this came out, I didn’t realize how many people didn’t know about residential schools and didn’t know what happened in them and I realized I needed to do something more than just sharing a Facebook Post and writing a letter.”

Francis is encouraging people to go out and join her and create their own daily routine, or to donate directly to the Friendship Centre.