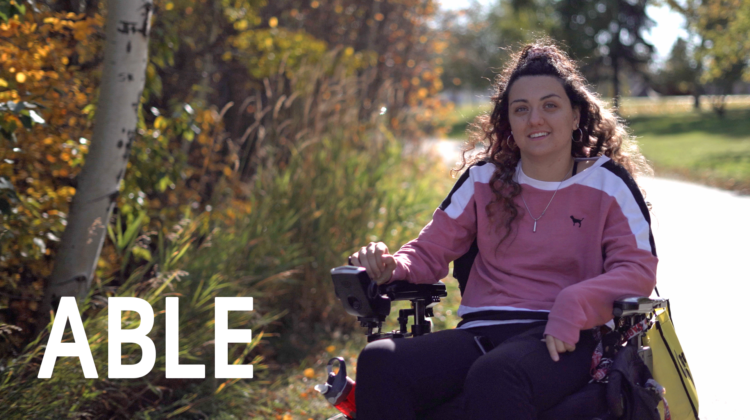 The story of a Beaverlodge woman’s journey to let not even the most tragic of circumstances limit her from living a full life will soon be hitting the small screen, as a Grande Prairie filmmaker is set to produce a documentary about her journey.

“Able” will show the fight through the lens of Kiesha Mastrodimos, who was left an incomplete quadriplegic following a car crash seven years ago. Film creator Mariah Braun says Mastrodimos has decided to share her journey as a way of empowering others to use life’s low points as stepping stones to living a full life.

Braun says she found Kiesha’s story inspiring, and, when she searched out more about her online, she realized the impact the young woman was having on those around her.

“She’s got really engaged people in this group, and people who had been following her story since the accident,” she says. “I reached out to her… I [said], ‘I really connected with your story, and I think people need to know about your her story.”

From there, the pitch video, and now, with $20,000 in TELUS STORYHIVE funding secured, they’re ready to take the next steps. Braun says she is thrilled to be able to bring the story to the small screen and is thankful for the support of others in the thriving Grande Prairie arts and film scene.

“I’m advocating for more people to get involved in this industry, and hope more funding comes available, like STORYHIVE to independent artists and filmmakers,” she says. “We’re often not thought about as you know, big productions to come out of Grande Prairie, but here we are; we see time after time how good of a production we can put on in Grande Prairie.”

Production for Able is set to begin in March 2021, with the film expected to wrap up in July.