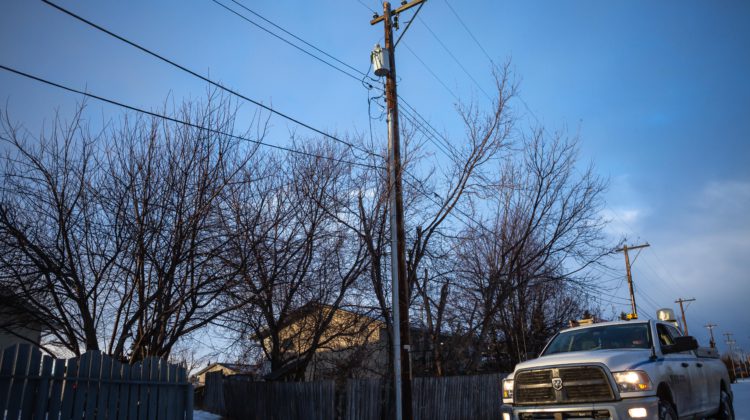 ATCO crews responded to a snapped power line at the corner of 104th ave and 92nd Street in Grande Prairie on Monday. The damage was a result of record-breaking winds reaching 95 kilometres per hour sustained winds, with gusts reaching 118 kilometres per hour. (John Watson, MyGrandePrairieNow.com Staff)

At least two weather-related records were blown through after a gusty storm barreled through the Peace Country on Monday. According to Environment Canada, the records for the highest wind gust and highest wind speed were both unofficially eclipsed during the 3 p.m. hour in Grande Prairie.

The storm, which also brought with it freezing rain and snow, caused damage in the region, as power lines and traffic lights were damaged during the brief but powerful turn in the weather.