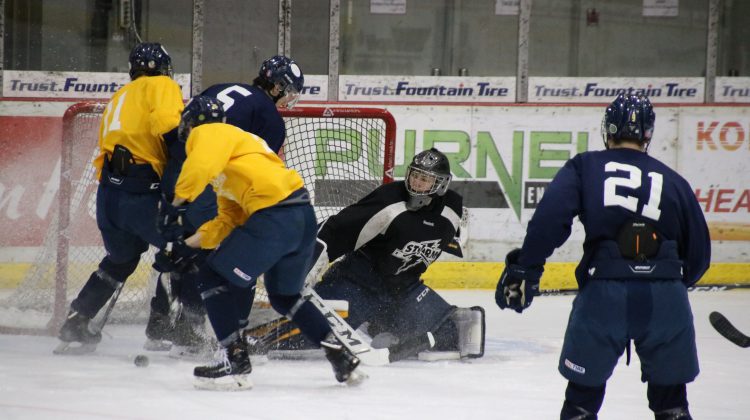 The Grande Prairie Storm have a tall order ahead of them as they head into the Alberta Junior Hockey League Playoffs. They are coming off of a 15-game losing streak, and are up against the second-best team in the AJHL North division.

The Storm finished the regular season with 43 points and an 18-33-7 record, besting only the Lloydminster Bobcats, who earned 28 points in what the team considers a rebuilding year. Their first-round opponents, the Spruce Grove Saints, finished the season with a record of 42-13-2 and 86 points.

The two teams faced off six times in 2019-2020, with the Storm winning two and losing one in overtime, and dropping the other three. They’ll next see each other on March 1st for game one at the Grant Fuhr Arena in Spruce Grove.

Hometown fans will be able to cheer on the Storm for games three and four at Revolution Place on March 4th and 5th. If needed, game six will be in Grande Prairie on March 10th.