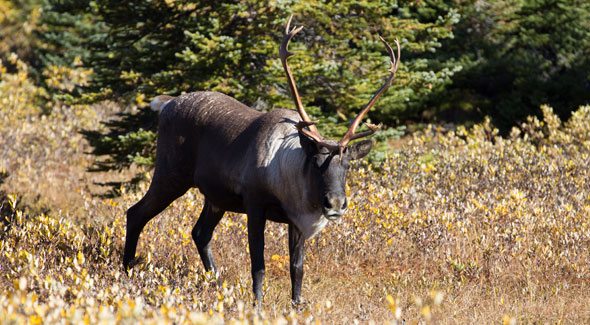 The provincial government is searching for ways to protect caribou in the Upper Smokey area south of Grande Prairie. On Monday, Minister of Environment and Parks Jason Nixon announced the creation of three caribou task forces to look at populations in Cold Lake, Bistcho Lake and Upper Smokey.

The government says they will make recommendations on how to protect the caribou in a way that’s created by the people who are closest to the populations in each region. The task forces will be chaired by Peace River MLA Dan Williams, West Yellowhead MLA Martin Long, and Bonnyville – Cold Lake – St. Paul MLA David Hanson.

Williams says this was one of the priorities he campaigned on during the election.

“It’s very important that we find a solution that integrates both a healthy population of caribou and we consider the impacts it’ll have on our economy and our recreation and all the opportunities for all the different land users.”

In 2017, the former NDP government released a draft plan to help threatened woodland caribou populations across Alberta. It proposed spending more than $85 million over the next five years for habitat restoration, rearing facilities, and other measures.

At the time the local forestry industry voiced its concerns, with Weyerhaeuser warning the current plan could put future investments in the Grande Prairie region at risk. The draft plan required that they reduce how much of their range is considered “disturbed” from around 80 per cent to 35 per cent.

Nixon says the task forces will look at the previous draft plan and work with industry to try to find a solution for both parties.

“For us to be able to get to a landscape plan that works, it’s going to take industry and the environment cooperating together and those are the people that we brought around the table.”

Nixon says the cost of the task force is sitting around $3.75 million. He hopes to have the first three of 15 proposed plans finished by 2020.