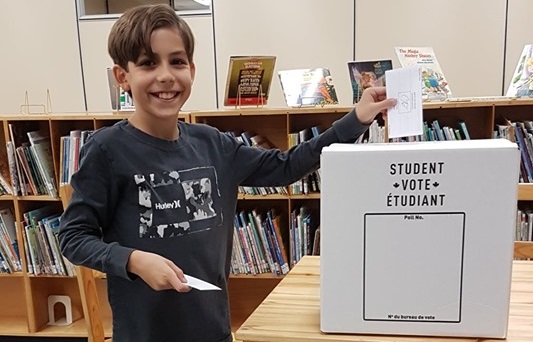 If youth in the Peace country had their way, their electoral ridings would stay Conservative blue. In this year’s Student Vote Canada 2019, youth in both the Grande Prairie – Mackenzie and Peace River – Westlock ridings voted overwhelmingly for the Conservative Party of Canada candidates.

In the Grande Prairie-area riding, incumbent Chris Warkentin received 62.6 per cent of the vote, followed by Erin Alyward of the NDP with 14.9 per cent, Shelley Termuende of the Green Party with 9.75 per cent, Liberal Ken Munro with 7.53 per cent, and Doug Burchill of the People’s Party of Canada with 5.23 per cent.

In the Peace River-area riding, incumbent Arnold Viersen received 58.72 per cent of the vote, while the NDP’s Jennifer Villebrun received 13.43 per cent, the Green Party’s Peter Nygaard 11.18 per cent, Liberal Leslie Penny 9.13 per cent, and John Schrader of the People’s Party of Canada 7.55 per cent.

The Canada-wide mock vote sees elementary and high school students learn about the electoral process, research the parties and platforms, and cast ballots for the official candidates running in their school’s riding. The national results had the Liberals win a minority with the NDP as opposition, but in Alberta, the Conservatives dominated.