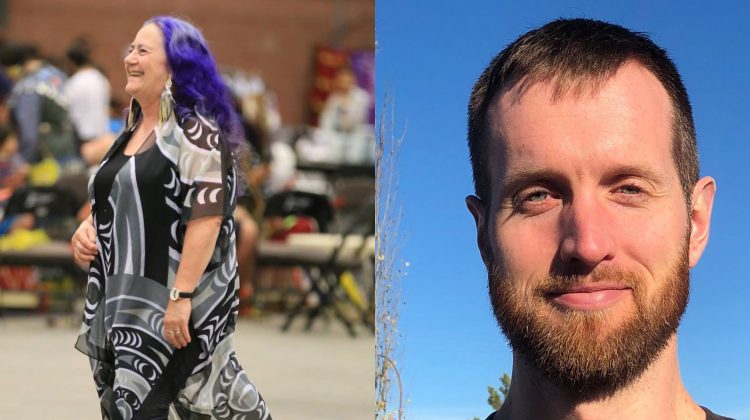 Debbie Jabbour and Justin Sharpe are seeking the nomination of the NDP in Peace River, Facebook

Members of the NDP in Peace River will choose who will represent them in the next provincial election Thursday. A nomination meeting has been set for them to decide between current MLA Debbie Jabbour and Grimshaw area resident Justin Sharpe.

Jabbour was elected in Peace River in 2015 and is the first woman to serve as Deputy Speaker and Chair of Committees. A resident of High Level, she says it has been a privilege and honour to serve so far.

“I’ve worked hard to earn the support and respect of the people I represent and I’ve built strong relationships across the constituency. My government has brought many positive changes to the province and I’m proud to have been part of that.”

Jabbour currently serves as a member of the Special Standing Committee on Members’ Services, chair of the Ministerial Panel on Child Intervention, and as chair of the Northern Alberta Development Council. She says that while she’s proud of she’s done so far, there’s more work to do.

“We are heading into an extremely important election in Alberta, and having an experienced, knowledgeable candidate with a history of strong advocacy for the north will help ensure the voice of the Peace River constituency continues to be heard.”

Challenging the incumbent is Sharpe, who has been involved in politics at the constituency level since the 2015 provincial election. He says he brings a younger perspective to the table and wants to be a strong advocate for his community.

“I’m committed to being a vocal opponent to the United Conservative Party and the Alberta Party,” he maintains. “I’m very passionate about making sure that the people of Peace River have a voice that’s strong and clear.”

Sharpe sees some of the biggest issues for the riding as a lack of social infrastructure and essential services for First Nations and Métis people, regional transportation since Greyhound left western Canada, and healthcare with the delays to the Grande Prairie Regional Hospital. Most of all, he’s interested in getting investment back to the Peace River area.

Members of the Peace River constituency can vote at either the Sawridge Inn in Peace River or the Best Western Mirage High Level from 7 to 8 p.m. on February 28th. Daniel Williams is the UCP’s candidate in the riding, while Dakota House is representing the Alberta Party.