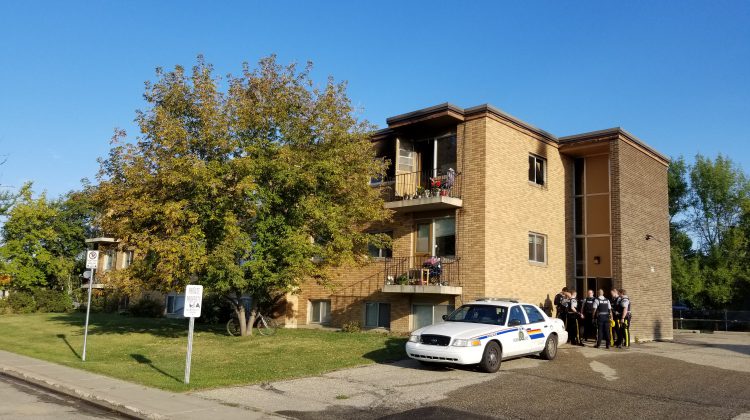 RCMP convene outside the scene of an apartment fire, where a woman's body was found, Erica Fisher

The body of a woman was found inside a Grande Prairie apartment that caught fire early Wednesday morning. Emergency services responded to reports of a fire at Montrose Apartments on 105 Avenue around 7 a.m.

The woman was found inside the apartment and later declared dead. An autopsy will now be done by the Office of the Chief Medical Examiner in Edmonton to determine her cause of death. Her name is not being released and no other injuries have been reported.

RCMP are asking anyone with information on the fire or the death to contact the Grande Prairie detachment or Crime Stoppers to remain anonymous.