High Prairie time capsule to be opened this weekend 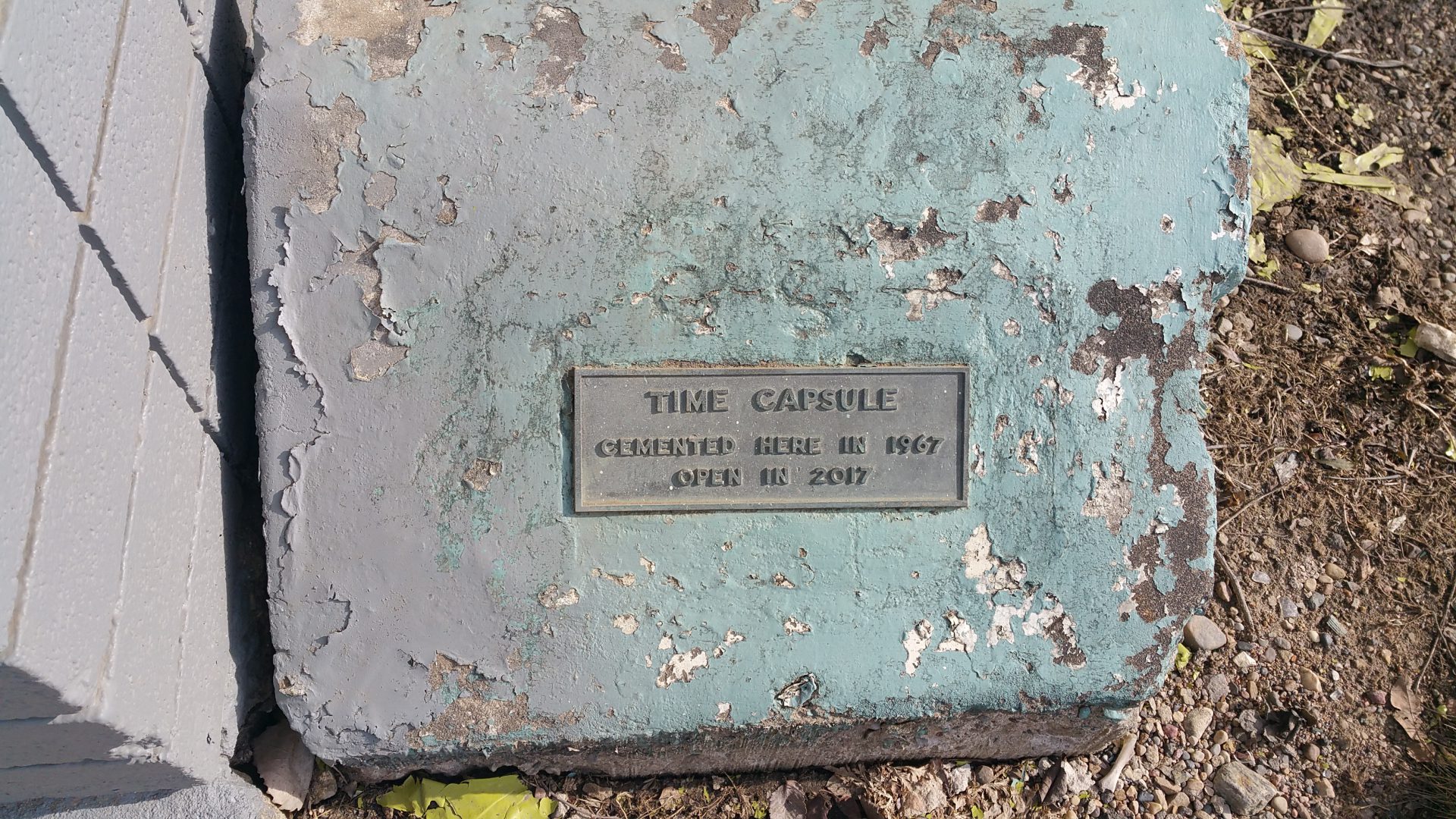 A time capsule that has been sitting in a concrete slab for 50 years in High Prairie will be opened this weekend. At an event Saturday, the town will crack open the capsule that was place outside the museum in 1967 and filled with things by the then Mayor Terry Anderson. The plaque on the outside reads “open in 2017”.

Sesquicentennial committee member Tammy Kaleta provided a partial list of things inside. It is said that a Time Magazine article from August 18th, 1967, an aerial photo of High Prairie from 1947 and a list of the High Prairie voters will be uncovered. Although, they are hoping not to find a pile of mush as the waterproofing wasn’t up to par in the 1960’s.

A new time capsule will be put together in the town in October that will be open in 50 more years. Until then, the public is invited to celebrate the milestone with the town at the High Prairie & District Museum from 1:00 p.m. to 3:00 p.m. The family of Mayor Terry Anderson will be at the event as well as someone from the Town to say a few words. The ceremony will be followed by cake, coffee and conversation.