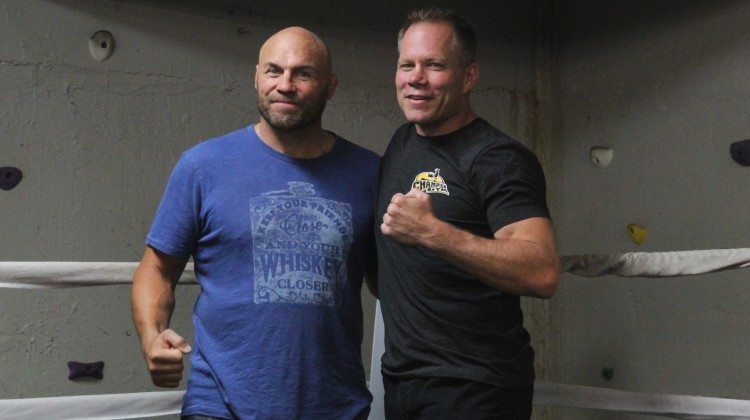 The Swan City got a visit from a UFC champion and Hollywood star late last month, as Randy Couture held a meet and greet and seminar at Champion Gym. “The Natural” says if he can get one message across to young athletes it would be that success isn’t about the paycheque; it all boils down to passion.

“And I think trying to get them to understand all that glitz and the glamour of being a celebrity, there’s a downside to that stuff too, so you’ve got to take the good with the bad. If you’re not doing this for the right reason, figure out something else because it’s not going to last very long.”

With a journey that’s taken him from Greco-Roman wrestling to six world MMA championships and an acting career, Couture stresses the importance of taking your passion, and figuring out how to distinguish yourself from everyone else that says they want to be successful.

“That’ll carry them wherever else they want to go. They’ll make sacrifices, do the things they need to do to get where they want to be; draw that map and take those small steps that you need to make sure you appreciate that journey along the way that are going to get you there eventually.”

He attributes his ability to transform his career from one sport to another and then acting took a lot of hard work and planning.

“Being easy to work with, being coachable, being the first one there and the last one to walk off are all things I learned from wrestling; things that translated to fighting and then to movies. I think that’ll give me the chance to continue to act and do things that I’m enjoying doing now for another 10, 15 or 20 years.”

While he’s mostly acted in action films, Couture says he’d been interested in trying out westerns and comedies, and is even open to a romantic comedy.