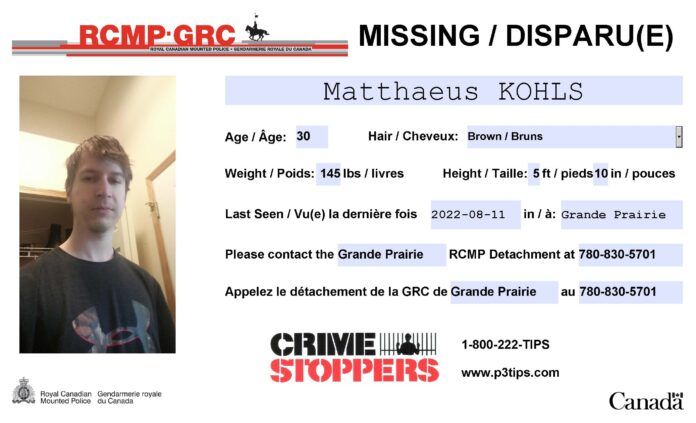 UPDATE: The RCMP says Kohls has been found safe.

Kohls is described as 5’10” and 145 pounds with brown hair and brown eyes. tall

There is concern for his wellbeing, and anyone with information as to his whereabouts is urged to call Grande Prairie RCMP at 780-830-5700.