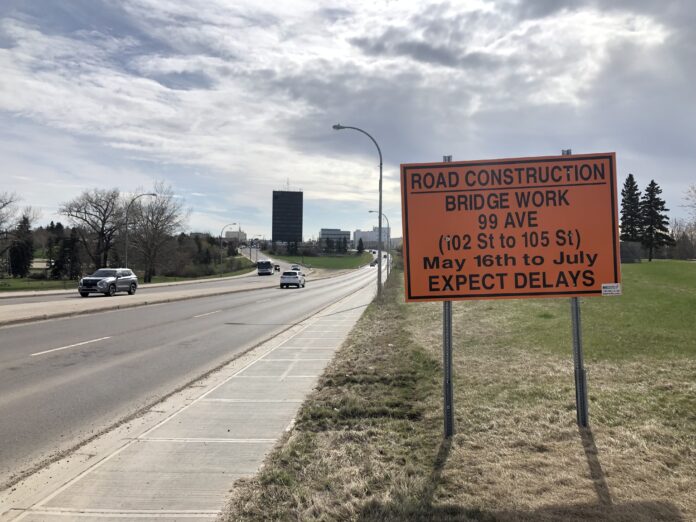 Construction on the 99 Avenue bridge will begin on Monday, and drivers are being warned to expect delays for the next few months.

The city says the repairs on the 99 Avenue bridge between 102 Street and 105 Street will include replacing the road surface, replacing or repairing damaged sections of the bridge rail and repairing minor cracks on the concrete components of the bridge including the pedestrian and vehicle barrier.

The work will however have an impact on both drivers and pedestrians, as traffic will be reduced to a single lane along 99 Avenue and the trail that runs under the bridge will be closed. Pedestrians will be rerouted along a marked detour north of the bridge.

Construction is expected to be completed in early August.