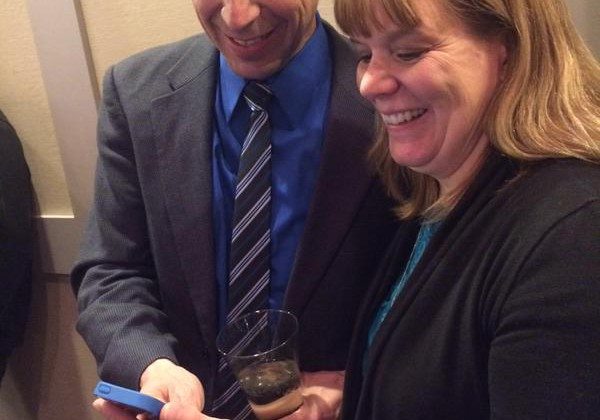 It was a tight race down to the last couple of polls, but Todd Loewen is the new MLA for Grande Prairie-Smoky. Beating the NDP’s Todd Russell by 400-some votes, the Wildrose candidate says he can’t wait to get to work.

“It’s been a long-time coming, and the people of Grande Prairie-Smoky have put a lot of trust in me, and I know it was a close vote so I know not everybody supported me and I’ve got to respect that. I’ve got a wide variety of ideas in this constituency and need to do my best to bring that forward into the Alberta legislature.”

Loewen unseated the PC’s Everett McDonald, who has held the position for the past three years. McDonald admits both his loss and the NDP majority government came as a shock to him.

“Obviously we didn’t have the read right on the people, and I think that Albertans I don’t think fairly understood the difficulty that we are going into as a budget cycle with the drop in revenue. I think we’re going to see very challenging times coming forward. ”

He says his attention will refocus on his family and farm.

Despite coming close to winning his first election ever, Russell says knowing Rachel Notely and the New Democrats have a majority will help him sleep at night.

“The schools will be there when my kids are old enough to go there, and the healthcare’s going to be there when we need it, and that Albertans finally voted their values, I think. So now we have a government that really reflects that.”

Whether he takes a crack at running again in the future will depend on his family.