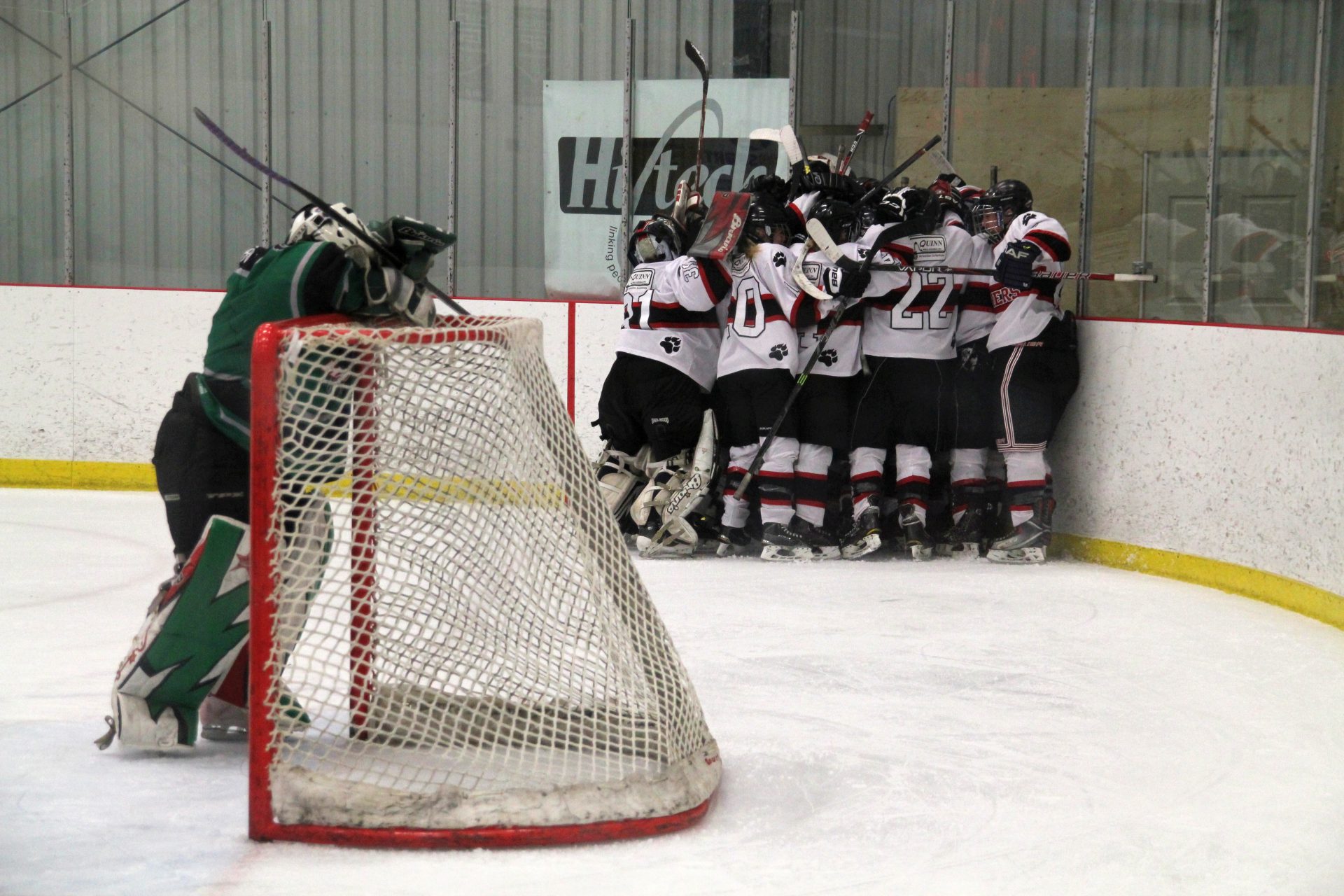 The senior women’s hockey team pulled out a 3-2 victory over the Calgary Ice Hawks Sunday afternoon at the Crosslink County Sportsplex to win the A division title.

Captain Meghan Caron says the game was a battle, but their teamwork and experience gave them the edge.

“I think we’re a pretty cohesive team this year; everybody pulls for the same reason. We’re a lot of returning players – I think there’s only a couple new faces – so the systems are running smoothly and the power play looks great and we have coaching staff on board, and it’s just awesome.”

While the shots on goal were lopsided at 47-17 for the Panthers, Coach Kyle Chapple says their opponents made it a tight game.

“First thing is, they’ve got a good goalie. She stops pucks, she finds ways to make the saves, and there’s not much for rebounds there, and they’re kind of sneaky; they just hang around, they don’t get down by too many, and they seem to find a way to pot one. The best part about that was we didn’t get down; we found a way to come back and tie that game.”

He admits they still have some work to do, and will be busy practicing before Westerns the second weekend in April.

In the B division, Peace River beat Hythe 3-2 in double overtime.