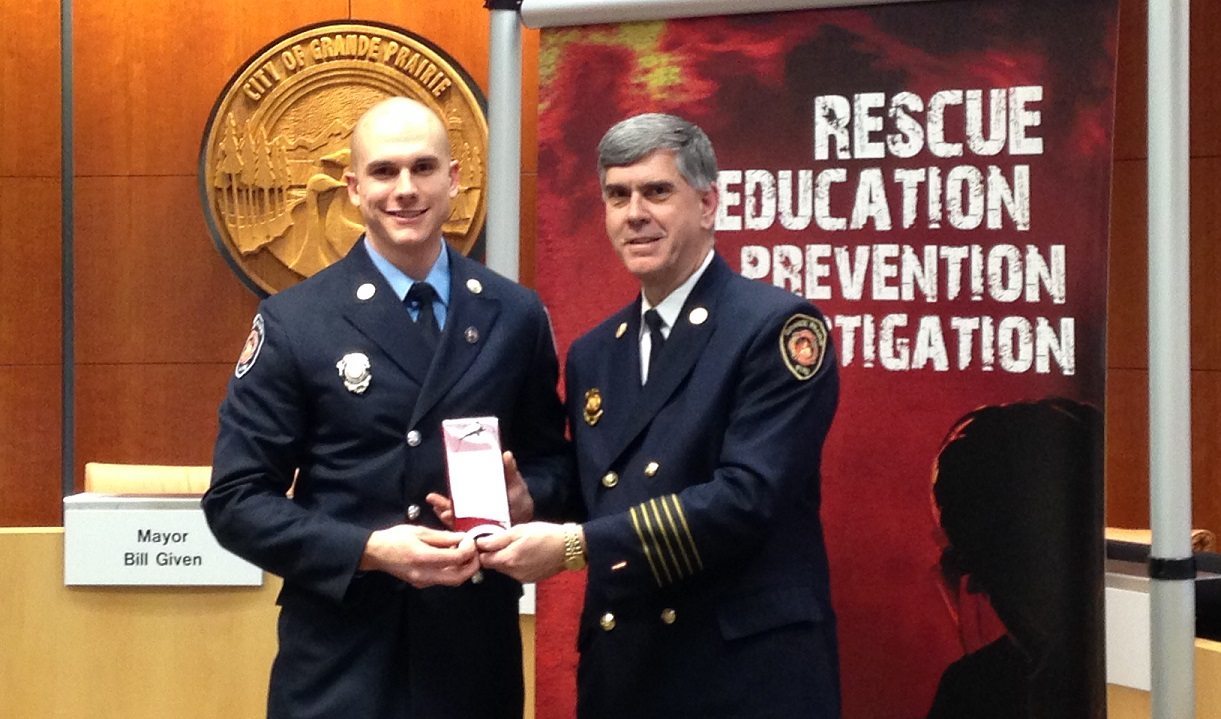 Each year the city recognizes the hard work of firefighters and dispatchers in our community with special awards and medals which were handed out during a ceremony at city hall on Friday.

The Firefighter of the Year Award was given to Matt Rennie, who has been with the Grande Prairie Fire Department for 7 years.

Fire Chief Dan Lemieux says Rennie was an easy choice for the award.

“He was actually the top student in his class when we hired him and he’s very active with the history committee and with the charitable foundation. He was nominated by many of his fellow firefighters, and they’re very proud of him.”

Rennie says amongst all of his co-workers, he was surprised to be the one chosen.

“It was a shock to receive the award but it was definitely flattering. I really appreciate that it was from my co-workers as well as my supervisors. It means a lot to receive it.”

A Unit Commendation was given to a team of a dozen people who worked together to build a Technical Rescue Trailer which Lemieux says was no small task.

“We have a welder on staff so he did all the welding, we have an electrician that wired the trailer, we have a guy that specializes in flooring. It was a real team effort and it saved the city of Grande Prairie tons of money. Even though we had budgetary constraints we were able to pull that together thanks to that team.”

Other accolades handed out included the Dispatcher of the Year which went to Emily Shaw.

Dispatcher Commendations were handed out to Jennifer Johnston and Christine Dunn.

A second Unit Commendation was awarded to a group of Hazardous Materials OFficers, the Health and Safety Award was given to the Firefighter Survival Program Instructors, and the Award of Merit was present to Captain Steve Larsen.