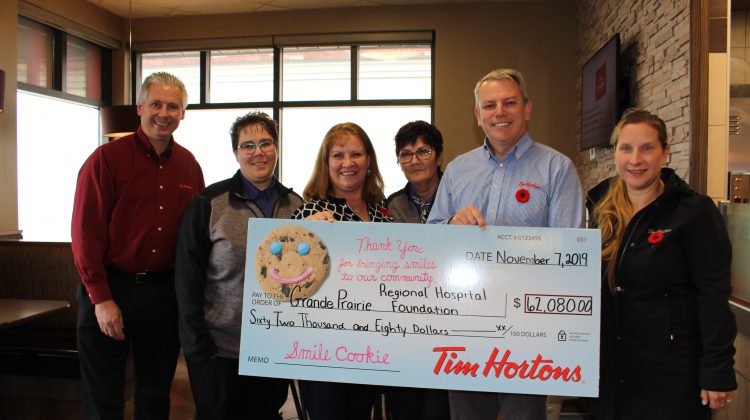 Hospital Foundation Major Gifts Officer Dawn Miller says she is awestruck at how big the yearly event has become.

“I’ve been with the foundation for five years, the first year we had 13,000 cookies, and we thought that was awesome. It has just every year grown, and people know about it.”

Miller says a massive thanks must be paid to a local business owner in particular, as Sean Sargent purchased and delivered 20,000 Cookies to schools, hospitals, and public sector programs around the city using a historically accurate A-Team van.

However, she adds the charitable spirit in Grande Prairie is something that continues to astound her year after year.

“I think it is very particular to Grande Prairie. I’ve lived in several places in Alberta, and around the world, and I’ve never seen a city that can come together and be so generous time and time and time again.”

The money will be set into an endowment fund as part of the foundations Key to Care Campaign which will help buy equipment for children and teen playrooms in the new hospital.