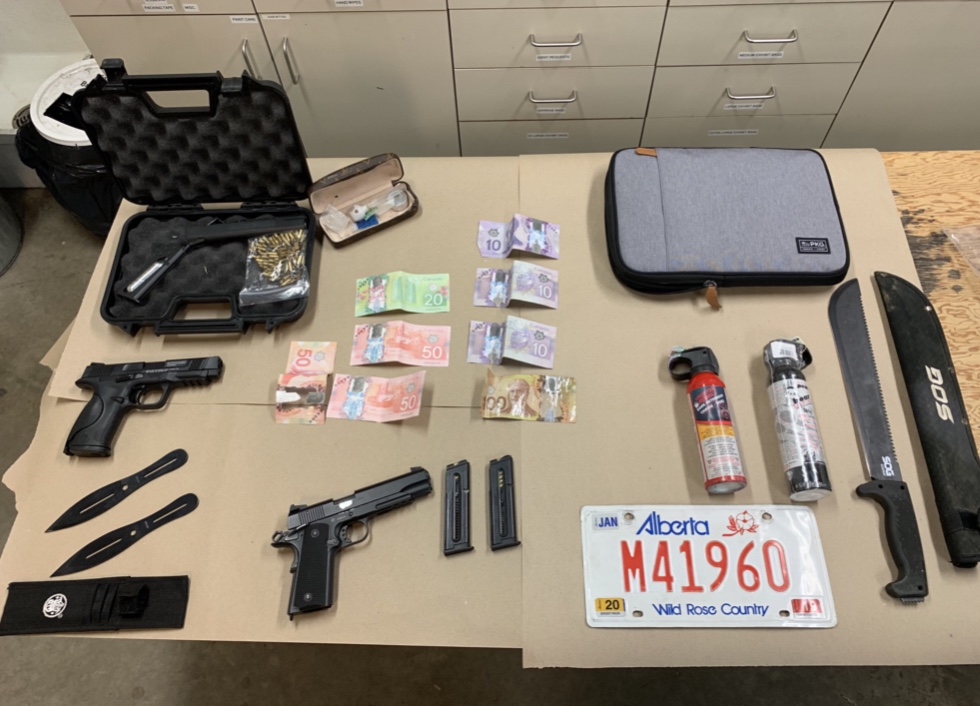 Two people have been arrested and charged following a traffic stop in The city. On September 5th, members of the Grande Prairie Crime Reduction Unit were downtown when they say they saw a vehicle with a stolen licence plate.

They pulled over the vehicle and during the stop say they found a small amount of meth, a loaded restricted firearm with a tampered serial number, $300 in counterfeit money, two cans of bear spray, a machete, two throwing knives and a fake gun.

A 38-year-old man from Red Deer is facing numerous charges including possession of a restricted firearm with ammunition without a licence, tampering with the serial number on a firearm and possession of counterfeit money. He appeared in Grande Prairie Provincial court on September 9th.

The female passenger in the vehicle was charged with possession of a controlled substance. She appeared in court on September 16th.