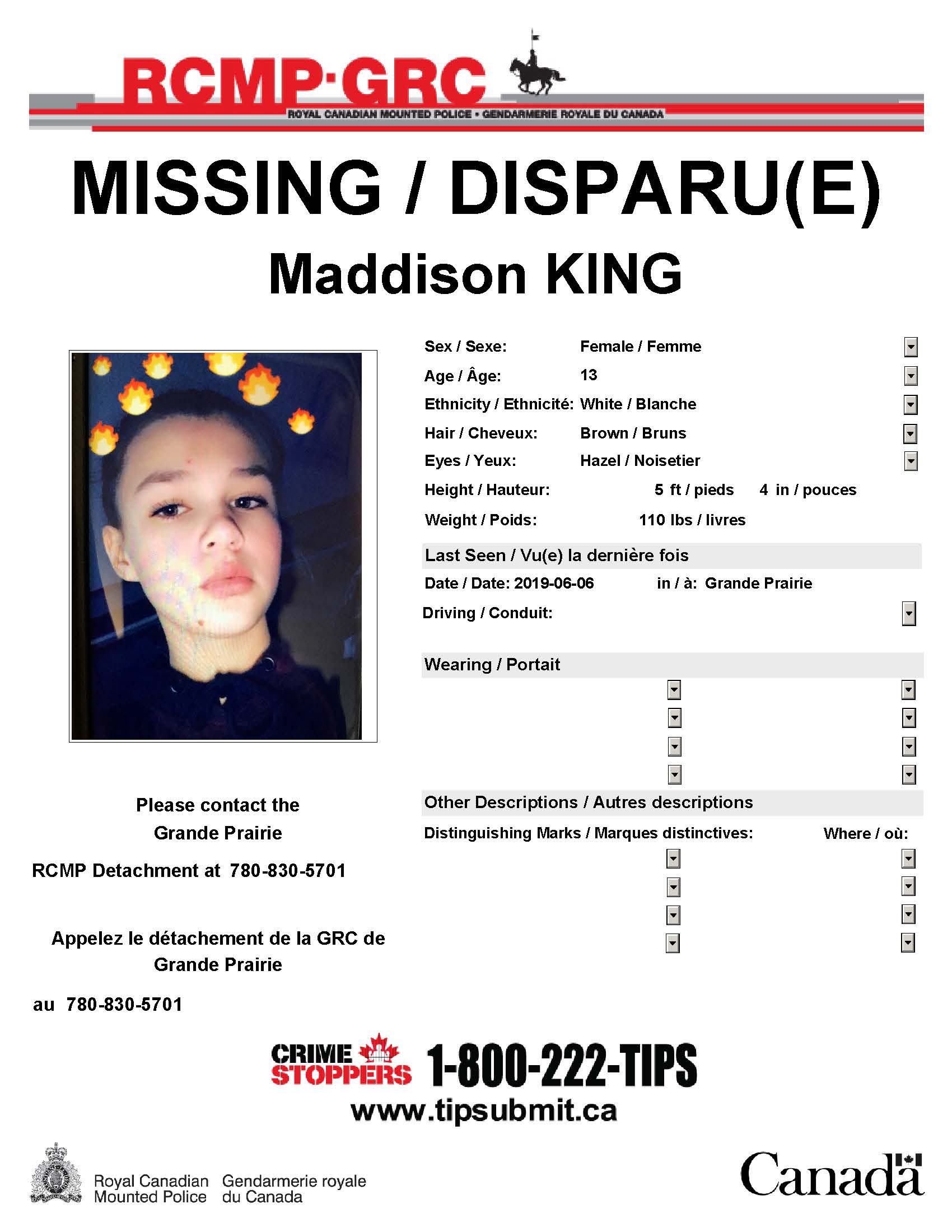 Grande Prairie RCMP is asking for the public’s help in tracking down a missing 13-year-old girl.

Police say Maddison King was last seen in the city on June 6th. She is described as Caucasian, around 4’10” tall, weighing approximately 110 pounds, with brown hair and hazel eyes.

Mounties are concerned for her wellbeing and urge anyone with information to cal them at the detachment, or anonymously through Crime Stoppers.