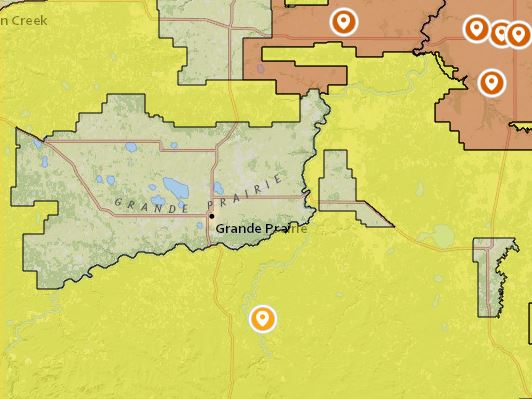 The wildfire danger level in the Grande Prairie Forest Area has been downgraded to moderate from high.

Significant rainfall across most of the area on Tuesday and Wednesday is the main contributing factor for the lower danger level.

Officials say the fire advisory remains in effect at the moment as they remain unsure about the rainfall totals. However, they are optimistic the advisory will be lifted in time for the long weekend.

The County of Grande Prairie remains under a fire advisory along with the towns of Beaverlodge, Sexsmith and
Wembley and the Village of Hythe.