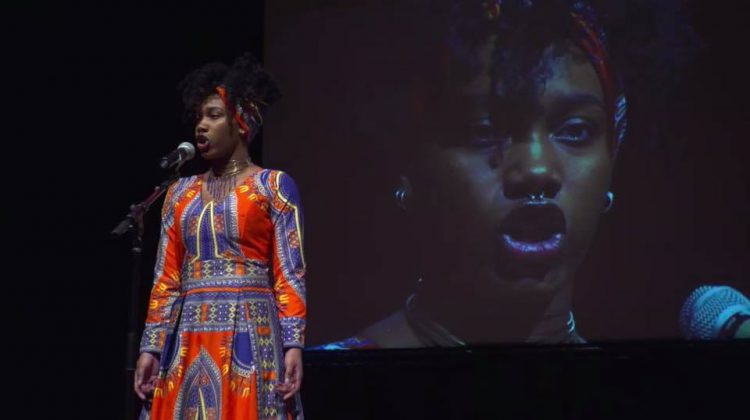 A Sexsmith high school students love of poetry has paid off. St. Mary’s Catholic School grade 12 student Catricia Hiebert took first place in the English category at the national finals of the Poetry in Voice competition. Hiebert says she learned a lot about herself during the event.

“It means to me that I can be in a public room where all eyes are on me and if I have a message to deliver and I feel it so internally I can deliver it confidently… That’s really inspiring to me because it raised my confidence as well to know I can actually do this.”

Poetry in Voice was created to encourage Canadian students to fall in love with poetry through reading, writing and reciting. Students start with a classroom contest followed by a school competition. The top 24 then go on to compete at the national event.

Hiebert presented three poems during the competition. One on human history, the second was a love poem and the third was about how LGBTQ people and people of colour create spaces for themselves in society. She says one of the things she’ll remember most about competing was the people she met.

“There were 24 people picked from Canada who then compete for the top three in each stream and they’re amazing and I love them… You get to meet people from all over Canada and it was cool to understand the diversity between us.”

As part of her prize, Hiebert received $5,000, and $1,000 to use at the library at St. Mary’s. She plans to use the money to hopefully study abroad in Germany.