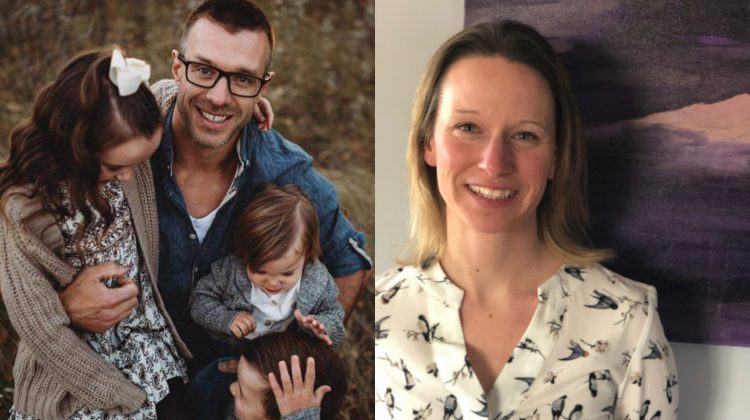 Todd Russell and Melissa Byers are both seeking the nomination of the NDP in Grande Prairie, Submitted

Two familiar faces to the Grande Prairie community are seeking the nomination of the Alberta NDP. Both Todd Russell and Melissa Byers have put their names forward to represent the party in the new urban Grande Prairie riding.

Russell was the NDP’s candidate in Grande Prairie – Smoky in the 2015 provincial election and received roughly 400 less votes than MLA Todd Loewen, then of the Wildrose Party. He says since then, he’s learned to listen more and talk less.

“Over four years of having really great discussions with people and listening to people from all walks of life and all different backgrounds and beliefs, they all bring value and there’s always something to learn from a different perspective.”

Russell is a captain on the Grande Prairie Fire Department and has been a local firefighter for 18 years. He also helped found the Grande Prairie Pride Society in 2016. He says the decision to run again took a lot of discussion with his young family, as well as a look at the current government’s performance.

“It’s been amazing to watch and see a government that seems to be taking advantage of those opportunities and also meeting the challenges, keeping Albertan people and families front and centre the whole time and I just want to be a part of seeing that go forward.”

Also looking to run for the NDP in the next election is Byers, Executive Director of HIV North Society. She has filled that role for three years after starting with the organization six years ago. Byers believes her experience in the not-for-profit world will translate well into politics.

“I see what poverty can do to people, communities and families, and with the push right now to get pipelines and oil to market it’s ignited a passion in me to help the fight to keep Alberta working and to keep our oil and gas industry going and secure and supporting families.”

Byers says she considered running for Grande Prairie city council in the last municipal election, but her belief in the NDP swayed her in this direction. She also wants to be a part of what the party has planned for the province’s future.

“I also like that the NDP focuses on the north and looks at the north and makes changes in our community that are beneficial to bring industry up to standards and to continue economic development in this region. I believe that the NDP has a strong vision for balance and that’s really appealing to me.”

Neither Russell nor Byers feel comfortable predicting how the party could do in a Conservative stronghold like the Grande Prairie region this early in the election period. However, both believe the race could be tighter than expected.

“There are so many people that bring different experiences from all over the country and outside the country so Grande Prairie isn’t always what people perceive,” says Russell.

“I honestly believe all three parties have an equal chance and it’s just really going to be connecting with the community and gaining an understanding of what they need and becoming that representative,” adds Byers.

The party’s nomination meeting is slated for February 3rd. The candidates already confirmed in the Grande Prairie riding are the United Conservative Party’s Tracy Allard and Grant Berg with the Alberta Party.