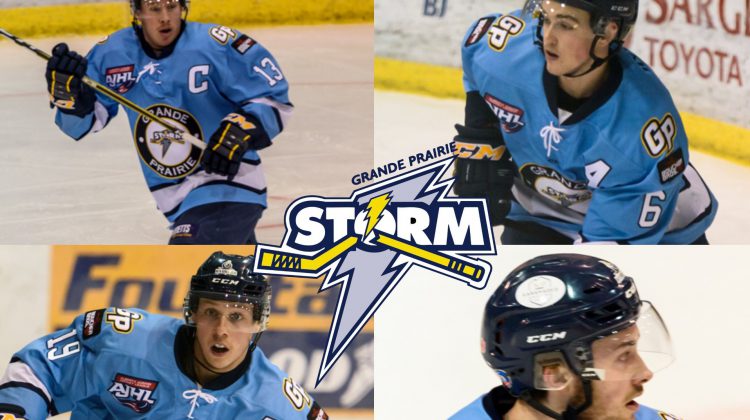 The Grande Prairie Storm has rounded out its leadership group for the remainder of the season. The team announced on Wednesday that Forwards Zach Webb and Vincent Milot-Ouellet would be given the A joining Captain Connor Blake and Assistant Captain Tyrell Boucher.

A native of St. Albert, Webb is in his final year in the Alberta Junior Hockey League and joined the team from the Calgary Canucks. For the 2018-19 season, he has already posted career highs for assists and points with 28 and 42 respectively.

Milot-Ouellet joined the Storm in the off-season. With more than 215 junior hockey games under his belt, the team says he is an asset to this leadership group and in the room. So far with the Storm, he has 16 goals and 27 assists for 43 points.

Connor Blake was named the team’s captain in June 2018 after pulling in 27 goals, 30 assists for 57 points last season. So far this season, Assistant Captain Tyrell Boucher has five goals and 19 assists for 24 points.