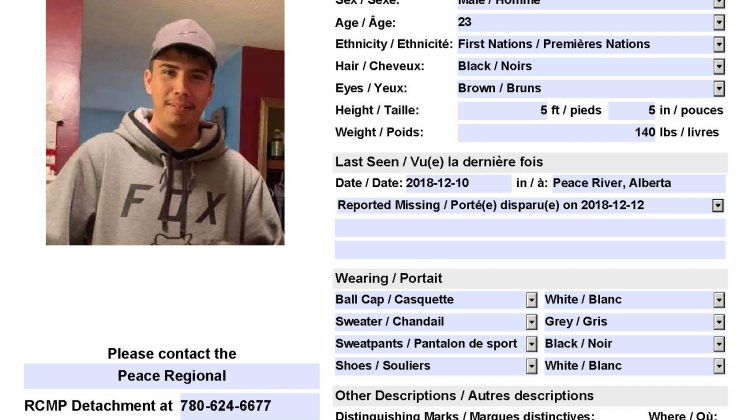 Police are looking for a man reported missing after leaving the Peace River Hospital. 23-year-old Jordan Nahachick’s disappearance was reported to Peace Regional RCMP on December 12th after he was last seen leaving the hospital the afternoon of December 12th.

Nahachick lives in the Simon Lake area, near Cadotte Lake. Mounties say there is concern for his safety and wellbeing.

The man is described as Indigenous and slender, roughly 5’5″ and 140 pounds with black hair and brown eyes. He was last seen wearing a grey Fox Racing sweater, black jogging pants, white shoes and a white ball cap.

Anyone with information on his whereabouts is asked to contact RCMP or Crime Stoppers.