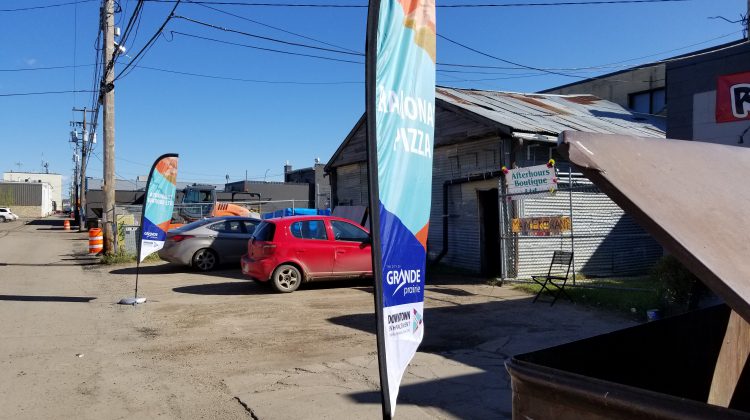 Some of the businesses affected by the downtown rehabilitation project had to use their back doors as their main entrances, Erica Fisher

The Grande Prairie Downtown Association wants a tax break for some of its members. In a letter, it has asked the city to come up with a way to offer some relief to businesses who are majorly affected by things like construction.

This isn’t the first time the suggestion has come up. Back in 2010, business owners along 68th Avenue asked Grande Prairie City Council for a tax refund because of construction. That request was denied.

This request was brought before the city’s Corporate Services Committee Tuesday afternoon. The general consensus among members was that granting some sort of tax break to downtown businesses hurt by Downtown Rehabilitation could open the city up to other similar requests.

City officials say construction out front of business has most likely caused a decrease in shoppers. They have also heard that some property owners are facing difficulties leasing commercial space, as prospective tenants do not want to lease a space that will be affected by the construction or construction in the future.

Bama Furniture owner Jason Sawatzky was at the committee meeting on behalf of a group of downtown business owners. He says he’s not looking for tax relief, but wants to make sure taxes aren’t raised for businesses affected by construction next year.

“A lot of the downtown businesses ended up taking a large increase just before construction because of a new taxation rule…We just want a review to make sure something like that doesn’t happen to businesses that are impacted by construction.”

The topic will be brought up again at a future committee meeting.