UPDATE: RCMP say they have identified a suspect in the hit and run. An investigation continues and the public has been thanked for their help.

Grande Prairie RCMP are looking for a suspect in a brazen hit and run Sunday morning. Police say a black Jeep Liberty was speeding on 106 Street near the Elks Hall around 7:40 a.m. when it moved into oncoming traffic and hit a white Dodge Ram.

The Jeep’s driver then fled the scene on foot, but reportedly came back in a red Chevy truck and sprayed the inside of the Jeep with a fire extinguisher. RCMP say the truck had been stolen from the Red Deer area on April 27th.

Anyone who could help in the investigation is asked to contact the Grande Prairie detachment or Crime Stoppers. 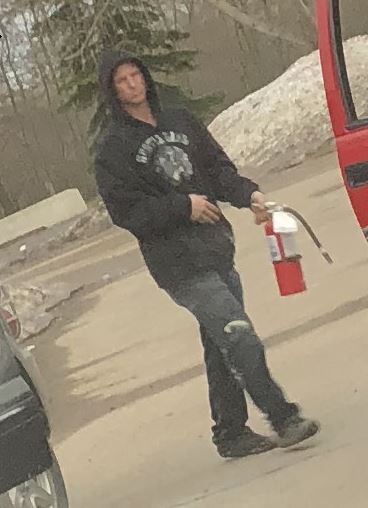