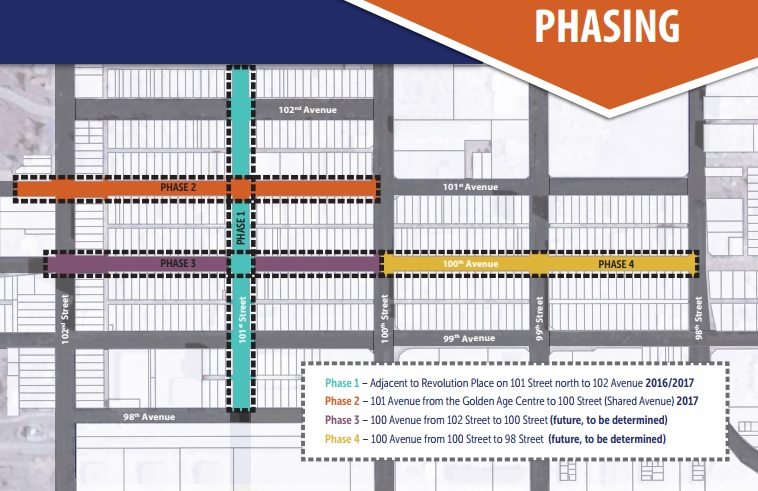 The city has learned from the first two phases of the Downtown Rehabilitation project that communication is key. That’s something they plan to continue with now that the tenders for the work have gone out.

Monty Haughian with the city will act as a bridge between administration and the business owners. He says he understands that it’s not easy for the businesses in the area, especially some of the smaller ones. Haughian says this time they’ve asked for a construction schedule from the crews.

“[It] gives us a basic outline of when things will be happening. To me that’s always impacted by the weather. The big thing is now that we’ll kind of have an idea of where they will be at certain times that I can relay to the businesses.”

Two companies placed bids and Wapiti Gravel was awarded the tender for just over $12 million. Haughian with the city says they will be doing the work “top to bottom.”

“They were the primary contractor on phase one and phase two also. So, they have experience. They know what they’ve seen to this point in time and now they’re into phase three.”

Phase 3 encompasses 100 Avenue between 100 Street and 102 Street. Construction on this phase is anticipated to take place from May to October 2018. Haughian says there are some minor things to still be completed from last summers work, mostly in phase two. He said that included benches and some trees, work that was unable to be completed due to weather.

The city has allocated $20 million in MSI funding to the project.