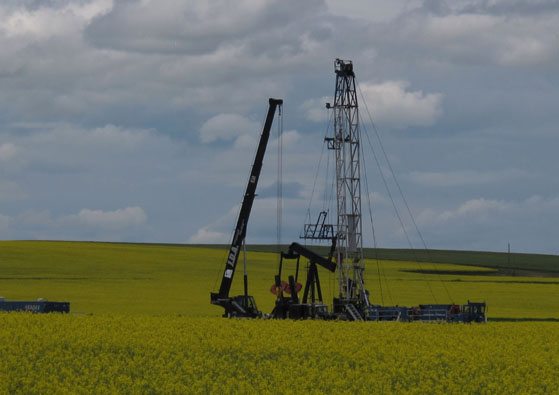 The County of Grande Prairie is looking for answers. Its council has written a letter to Minister of Municipal Affairs Shaye Anderson looking to find out why the government didn’t follow through with increases to well and pipeline levies.

Reeve Leanne Beaupre says municipalities found out in late December that the province had not increased the modifiers that are put on linear property, machinery and equipment, railway, and farm land as proposed in the fall. The notice came after the County had drafted its budget.

“Most municipalities have found that it’s going to cost them a fair substantial amount of money in uncollected assessment,” Beaupre explains. “In the County of Grande Prairie, it’s about $1.2 million of assessment that will be left on the table.”

Municipalities in Alberta collect revenue from companies within their borders that have properties with oil and gas wells, pipelines, power and utility lines on them. The government assesses the tax based on the mill rate, and then applies a modifier to depreciate it.

Beaupre says Northern Sunrise County is looking at $2.5 million less , and the City of Grande Prairie won’t see an increase as well. She adds the change in revenue will make it even harder for them to balance their budgets.

“We prepared our budget documents under the understanding that we would be seeing approximately that type of money, so we did our interim budget in December and set the interim budget. Now, before the end of April when we do our final budgeting, we’ll have to come up with another $1.2 million.”

Linear year assessment modifiers have reportedly stayed flat over the past two years at the request of industry, but Beaupre says she was under the impression they would increase when the economy started to turn around. She’s also expecting a lack of increases and even cuts that will affect municipalities in April’s provincial budget, due to the more than $10 billion deficit.

The Alberta Association of Municipal Districts and Counties has started a letter-writing campaign, along with the Alberta Rural Municipal Administrators’ Association, to find out why the increase was reversed and in the hopes of getting it reinstated.

“I know one of our administrators has said in the 20 years that he’s worked for the County of Grande Prairie he’s never seen this happen before,” Beaupre says.

It’s hoped Minister Anderson will be at the AAMDC’s convention in March.