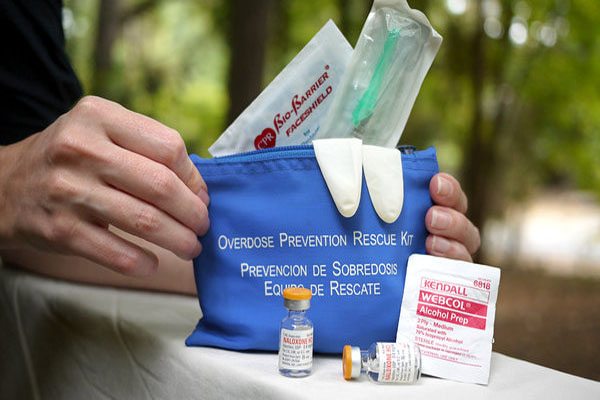 A group of local organizations are being brought together by the City of Grande Prairie to do what they can to fight the opioid crisis. The Community Opioid Response Task Force will bring together those already on the frontlines in a way that will allow them to share information and supports. Mayor Bill Given says the first organizational meeting was held Monday.

“Everybody that attended was absolutely supportive and committed to attending another meeting later on this week. In terms of timelines, the development of a larger community plan will take some time but there are a couple of sort term deadlines with respect to some provincial grants that we’d like to be in a position to apply for. The committee has formed a working group that will draft some response [plans] so that we can go out and get those provincial dollars to resource what will be a very comprehensive community plan.”

Groups involved include HIV North, Alberta Health Services, the ACT Medical Clinic, Canada Mental Health, all three school districts in the region as well as the RCMP and the city. Given says each group has a key role to play and unique ideas that when combined could help a lot of people.

“There are many others who are directly involved in daily activities working with people facing addictions and mental health issues, people at the street level, people in other institutions or organizations like the school districts who have concerns about the people that they serve and their employees. And businesses are feeling the impacts I think everybody had been doing the best that they could independantly to try to address the epidemic, the intent of this task force is to bring together all those parties.”

The most recent numbers from the province show a 40 per cent rise in opioid related deaths across Alberta. So far in 2017, there have been 18 deaths involving fentanyl in Grande Prairie, giving it a rate of 31.2. The next highest major city is Red Deer, with a rate of 19.3. In all of 2016, there were 10 fentanyl-related deaths in GP.

From January to the end of September this year, there were also three fatal overdoses on an opioid other than fentanyl. That gives the city a rate of 7.8 deaths per 100,000 residents, up from 2016’s of 1.3.