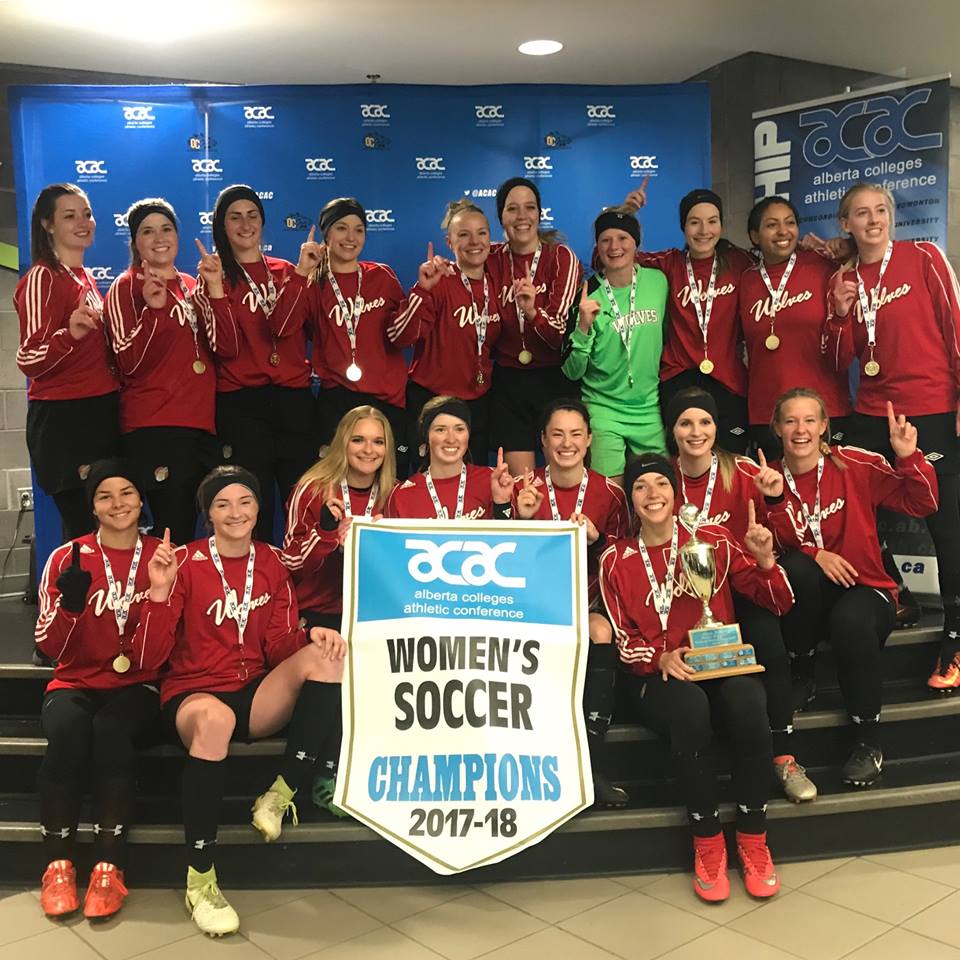 The Ooks went up 1-0, 53 minutes into the North Star ACAC championship game, but the Wolves tied it up in the 87th minute with a free kick by Jessica Winterford. No one scored in extra time, so it came down to penalty kicks. Winterford scored again, followed by Alexi Watson, Shelby Henley, and Ashtyn Haycock to put GPRC up 4-2.

This is the Wolves’ first ever ACAC Women’s Soccer Championship. Both teams are heading to nationals in Halifax on November 6th.