Given returns for third term as mayor, McLean out after two 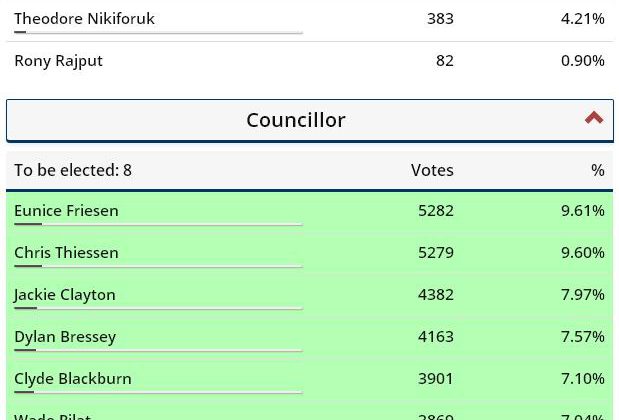 Bill Given will be returning for his third term as the mayor of Grande Prairie. Given served his first term on council in 2001 and was elected Mayor in 2010. He says he’s thrilled to have a renewed mandate.

“I think part of that is based on the record of results that my previous councils have delivered. All of that, all of the election stuff really doesn’t matter now. This is a chance to look forward with this new council, think about what we want to see for the future of our community and for this council to really get to work.”

Though he received nearly 70 per cent of the unofficial vote, Given says he’ll reflect on the votes that didn’t go his way.

“People feel that they’re not hearing enough from the City. That’s a little bit of a surprise to me because I feel the City is publishing more information than we ever have, but we’re not getting it in front of people in a way that they are looking to consume it.”

City administration is prepared for the new faces that will be in council chambers. Given says they will dive head first into orientation next week.

The only incumbent not returning to council this year is Kevin McLean. The two-term councillor was just edged out, coming in ninth in the unofficial results. He received 2,906 votes, 124 behind Minhas.

McLean is embracing the result, saying it gives him more time to spend on his business and young family. However, he admits he’s sad to not be representing the community on council anymore.

“I truly love the job… but if I’m being honest, I think I’m going to be in business. I know I’m going to make more money and I’m going to do other things but it’s not money when you love something.”

McLean ran a full campaign, putting up signs, door knocking, and attending community events and doesn’t think he could have done more to change the election result. He adds that he will continue to be involved in the community as president of the local chapter of Canadian Parents for French.

This year’s voter turnout was 22 per cent, which is one per cent higher than it was in 2013. The results won’t be official until October 20th, and then council will be sworn in on October 23rd.

With files from Tricia Kindleman