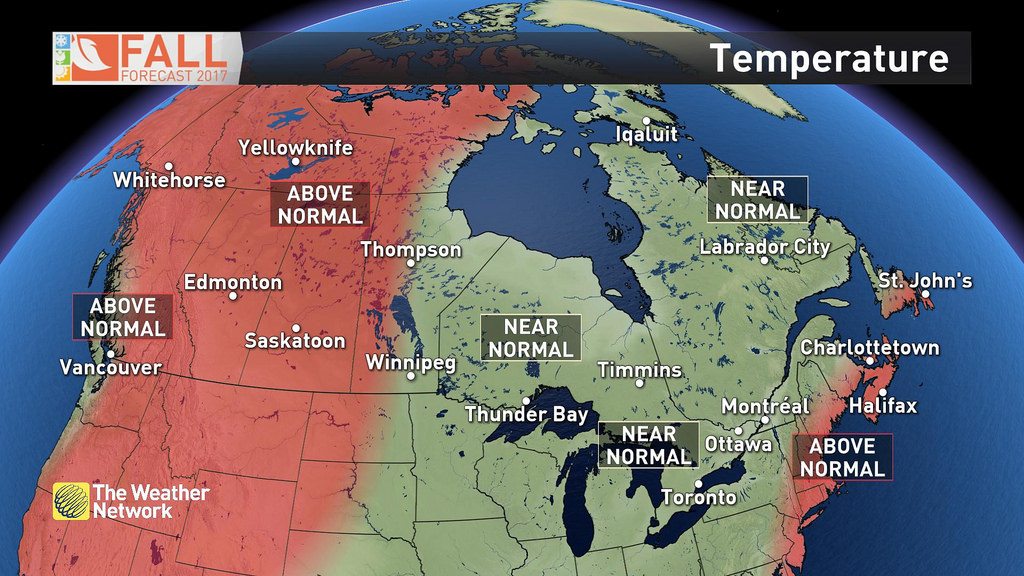 Once this cold, wet spell is over, the Peace country could see more warm and dry weather this fall. Weather Network meteorologist Michael Carter says they’re forecasting a warmer than normal season for B.C. and the Prairies.

“I think we’re going to move back into a pattern that’s not terribly dissimilar from what we saw through a lot of the summer, maybe a less extreme version of that, but a pattern where a lot of western Canada’s going to see temperatures running a bit above normal.”

He says there’s also a chance late October through the end of November will be on the dry side. However, the same can’t be said for the next couple of weeks.

“The dry and sunny and warm conditions that we’ve seen through most of the summer are going to take a bit of a break,” Carter explains. “We’re going to have a couple weeks of cooler temperatures below seasonal values, some temperatures hanging in the lower teens for a lot of folks.”

With that will come a lot of cloud cover and rain showers, reminding the Grande Prairie region that fall is around the corner. This weekend looks to be on the warmer and sunnier side, so Carter says residents should enjoy it while it lasts.

As we head into the official fall season, the Weather Network predicts daily highs to drop by one to three degrees per week. As for when the region can expects its first snowfall, Carter says it will likely be a few weeks before we have to worry.

“As we get later into October, you’ll be reminded that winter is not far away, but there’s plenty of great weather between now and then to take advantage of.”

The full forecast can be found online.