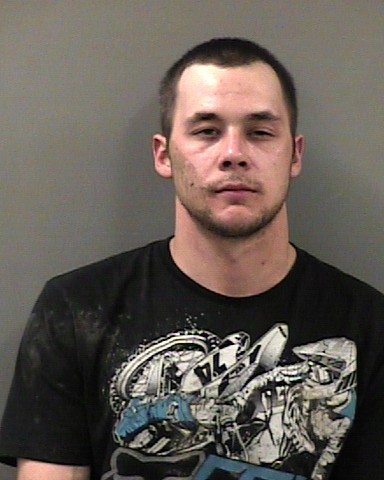 UPDATE: RCMP say they found Siemens in the area of 94 Street and 108 Avenue around 6:25 Monday evening. He was arrested without incident and is waiting for his bail hearing.

He’s now facing additional charges. Police thank the public for their help in this case.

Grande Prairie RCMP have issued a warrant for the arrest of a man suspected of robbing the north side Boston Pizza earlier this month. 25 year old Michael Ernie Siemens has been charged with eight offences, included armed robbery with a firearm and disguise with intent.

Police are now hoping the public can help them track him down. Siemens is described as Caucasian, 6’1″ and 180 pounds with a medium build. He has brown hair and brown eyes.

It’s believed the suspect may be using an alias to find a place to stay. He’s also believed to be armed and dangerous and should not be approached.

The armed robbery happened at the restaurant on 100th Street and 121st Avenue around 1:15 a.m. on August 13th. A man came in with a gun and fled on foot with an undisclosed amount of cash. No employees were hurt.

Anyone who knows of Siemen’s whereabouts or who has recently been in contact with him is asked to contact RCMP or Crime Stoppers.