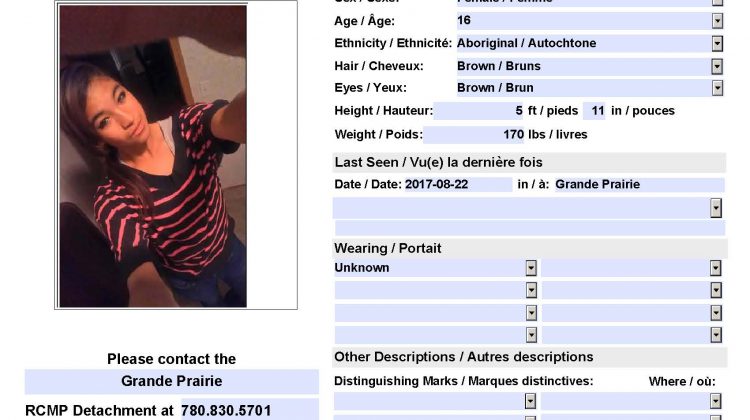 Grande Prairie RCMP are asking for help in finding a 16 year old girl. Angela Noskiye was last seen on August 22nd at around 2:30 p.m. in Grande Prairie. She was reported missing on Wednesday.

Noskiye is described as first nations with brown hair and brown eyes. She is around 5’11” and weighs around 170 lbs. Contact RCMP if you know where she is.