Missing woman may be travelling with luggage 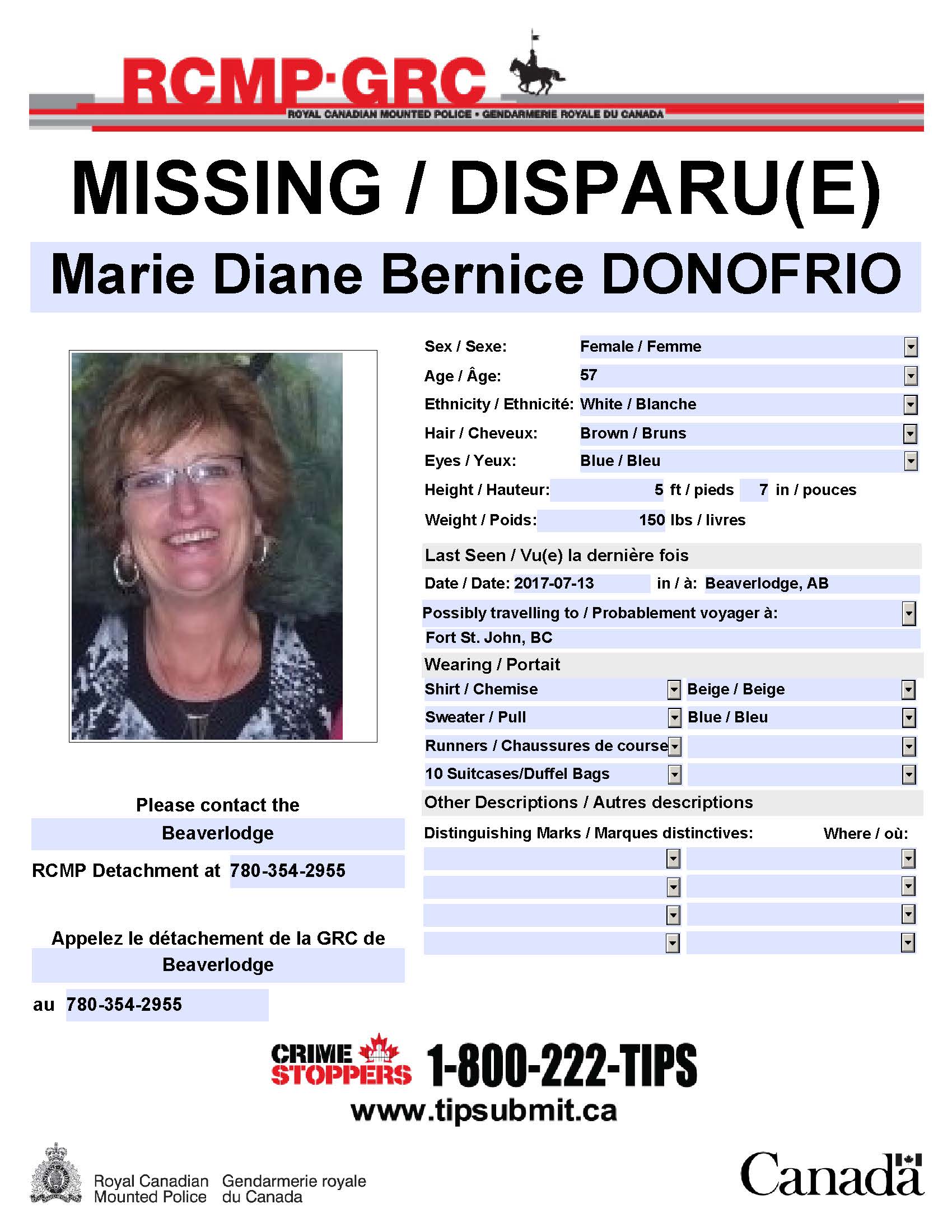 Beaverlodge RCMP have reached out for the public’s help in finding a missing woman. 57 year old Marie Diane Bernice Donofrio was last seen in the town on July 12th and was reported missing the next day.

It’s believed she could be travelling to Fort St. John, B.C. with many suitcases on her. There’s concern for her well being and police are looking to speak with her as soon as possible.

Donofrio is described as Caucasian, 5’7″ and 150 pounds with brown hair and blue eyes. She was last seen wearing a beige shirt under a blue sweater and running shoes.

Anyone who has recently been in contact with her or who may know of her whereabouts is asked to contact the Beaverlodge RCMP detachment or Crime Stoppers.