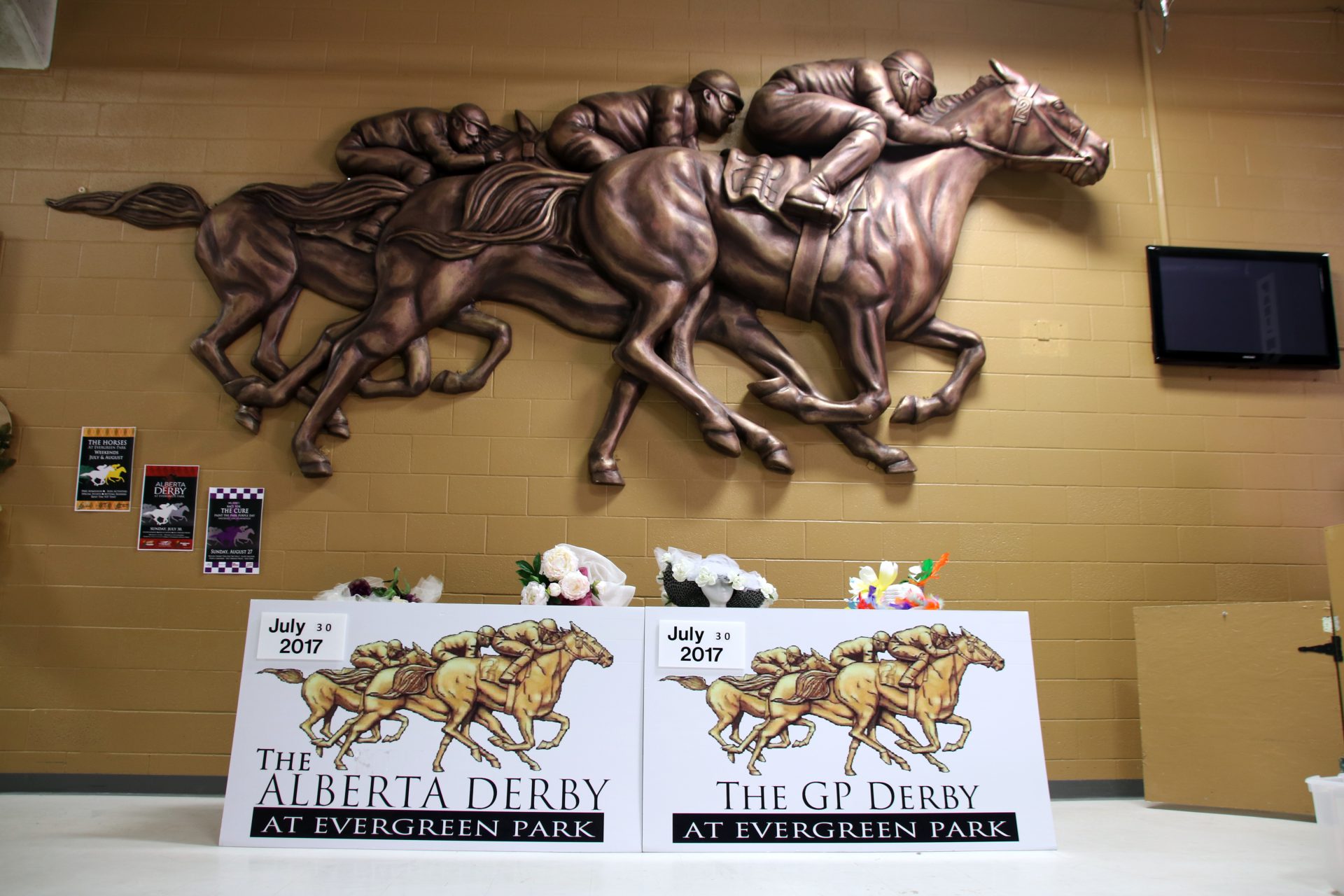 Another season of horse racing kicks off this weekend at Evergreen Park. Racing & Gaming Manager Pat Hill says they’re pulling out all the stops to bring in more families, including a kids’ candy scramble.

“We’ll be throwing candies, so they’ll give you a glass and then you can put your candies [in it]. It’s a really good thing for the little people, and then we’re doing more than just the sand piles; we’ve got colouring going on and we’re going to play movies out there and different things for the kids.”

She also stresses that admission is always free, and there’s no need to place a bet.

Marketing & Sponsorship Manager Don Moon adds that they’ve seen younger families come out to the races over the past few years. A family restaurant has also been built in the Gordon Badger Stadium, but the bouncy castles won’t be making an appearance.

Races go every Friday, Saturday and Sunday after the launch on July 8th, with post times at 6:30 p.m. on Friday and Saturday and 1 p.m. on Sunday. The evening post times switch to 6 p.m. on August 18th as it gets darker earlier.

Hill says she’s expecting 16 to 18 jockeys and 45 trainers at the course this summer, and is hoping to see 350 to 375 horses, but that can be hard to predict. One of the horses racing in the debut weekend will be one of the two owned by the new Evergreen Park Racing Club 2017.

Manager Norm Tremblay says they have 90 members so far, and their horses have performed well in Edmonton.

“Beyond my expectations. I mean, we hit a first, two seconds and a fifth out of four races so we did really well. Unfortunately we got one horse claimed off us, but that’s part of horse racing… and we moved on and purchased another horse which hopefully is a better horse.”

Club memberships will be sold up until then at a cost of $250 a share. The goal is to have 200 owners.

Another date to mark on your calendar this summer is the Alberta Derby at Evergreen Park. It will run July 30th, and will feature an outdoor brunch buffet and prizes for the best dressed.

“We get a lot of outside horses for that from Edmonton and different places like B.C.,” explains Hill. “They have to fill in nomination forms to get nominated and they only take eight. We also do the GP Derby; the GP Derby has been here forever and we’ve put it on the same day to make it a derby day.”

There will be barn tours throughout July and August, a memorial weekend from August 11th to 13th, and Mr. Mike’s Paint the Park Purple – Race for the Cure on August 27th.