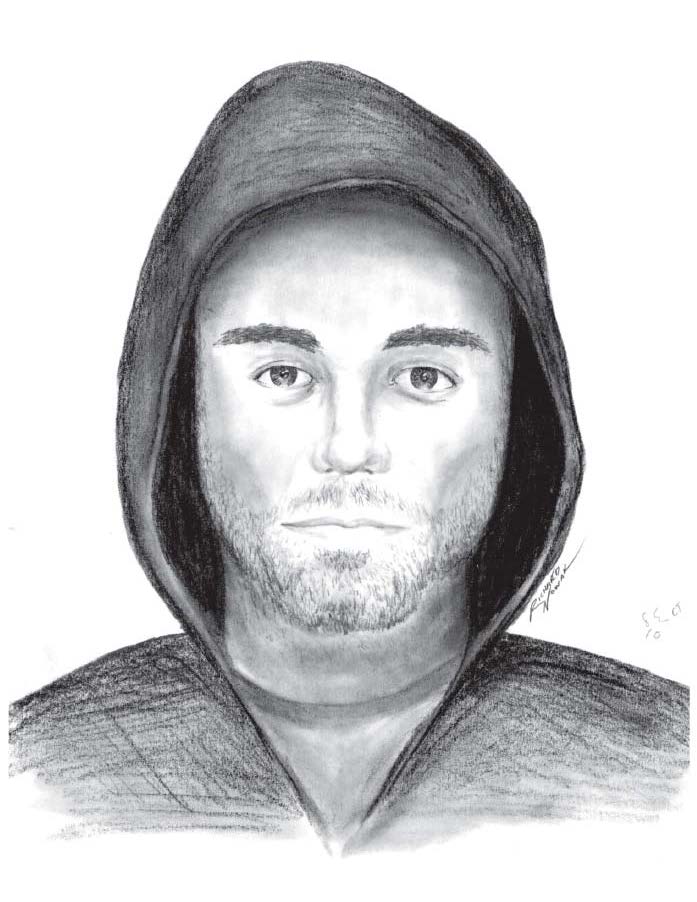 Spirit River RCMP are hoping the public will be able to identify a man who tried to rob a store in Wanham over the weekend. He went in around 11 p.m. Saturday night with what looked like a gun.

The man demanded cash and then tried to break into an ATM. He left without getting any money.

Police say the suspect fled south on Highway 773 on a blue and white motorcycle. It’s believed to be a Yamaha Sport/Enduro or a similar style of bike.

The man was wearing a grey Under Armour hoodie and a black backpack with red accents. He wasn’t wearing a helmet.

RCMP have released a sketch of the suspect drawn by a forensic composite artist, along with surveillance photos. Anyone with information on the armed robbery is asked to contact police or Crime Stoppers.