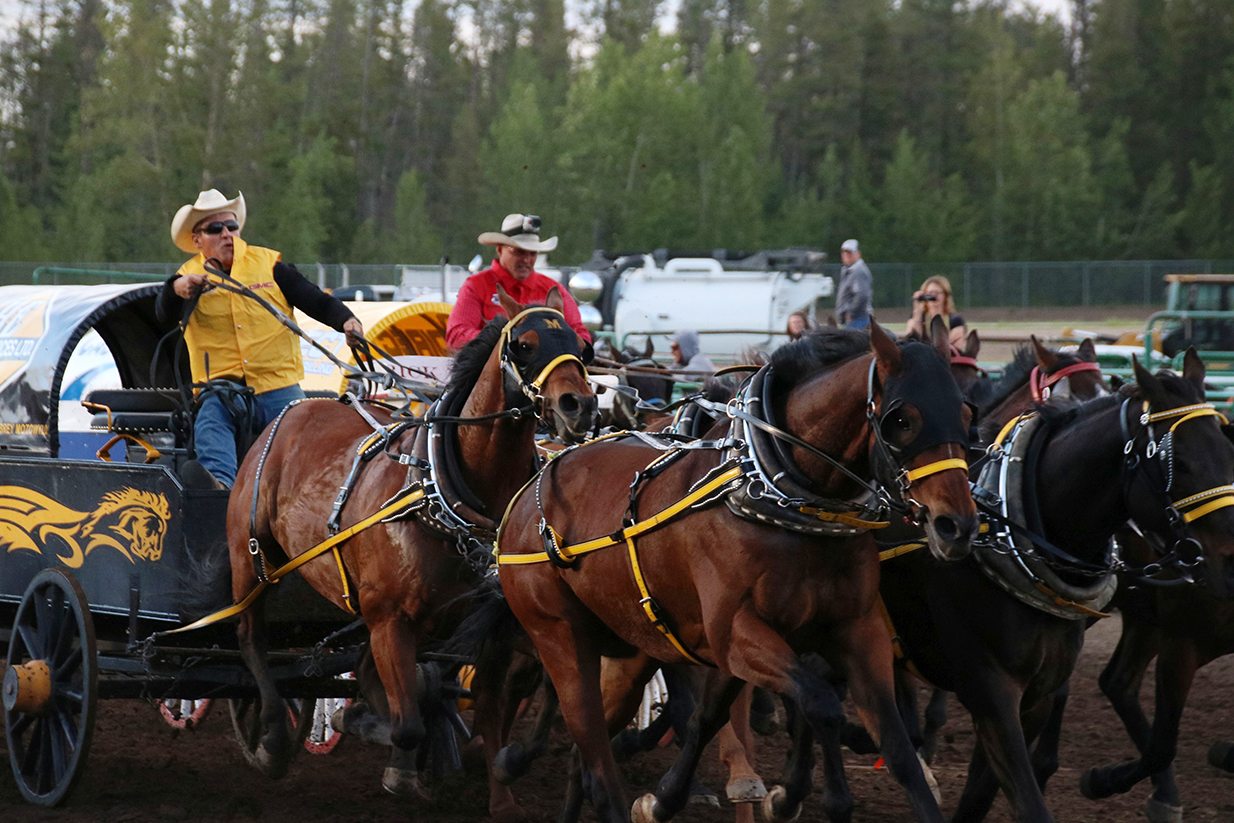 Motowylo wasn’t expecting to come out on top heading into the week, but coming around the last corner of the track, he says he knew he had it in him.

“I actually thought I had some left in the tank. You could feel the horses running and I could feel I was going to go by; it’s not being cocky, I just had more in the tank, I could tell.”

Motowylo says he has everyone from his horses and outriders to his crew and family to thank for his success early in the season, but one person in particular was on his mind.

“You know dad, I won that for you,” he said after his win. “My dad’s not feeling really well and he’s in hospital in Westlock and I know he’s going to recover and be back cheering me on as soon as he can and I won it for him.”

Earlier in the night, Manning’s Eric Rever was crowned the 2017 Western Chuckwagon Association champion, earning him $15,000. Rever says he went with some of his more experienced horses for the event, and they were able to ride clean almost the whole time.

“Had a little bit of a bauble tonight. The one horse wanted to punch her before the horn but he came back down nice and straight,” he explains. “I just kept looking back at the other guys. I knew I had a one second penalty to outrun so I just kept going and the horses pulled through.”

Both drivers were thankful for the good weather and only a bit of rain during the week. They also heaped praise on everyone running the Stompede.

“They do an excellent job here,” says Rever. “All the people at Evergreen Park, you can always count on to be top notch.”

The grandstand at the Gordon Badger Stadium was packed for the final night of Stompede, and the whole crowd was on its feet as it watched Grande Prairie’s Kelly Sutherland make his last appearance. He just edged out his brother Kirk Sutherland in heat six, finishing 23rd in the aggregate.

All photos by Erica Fisher