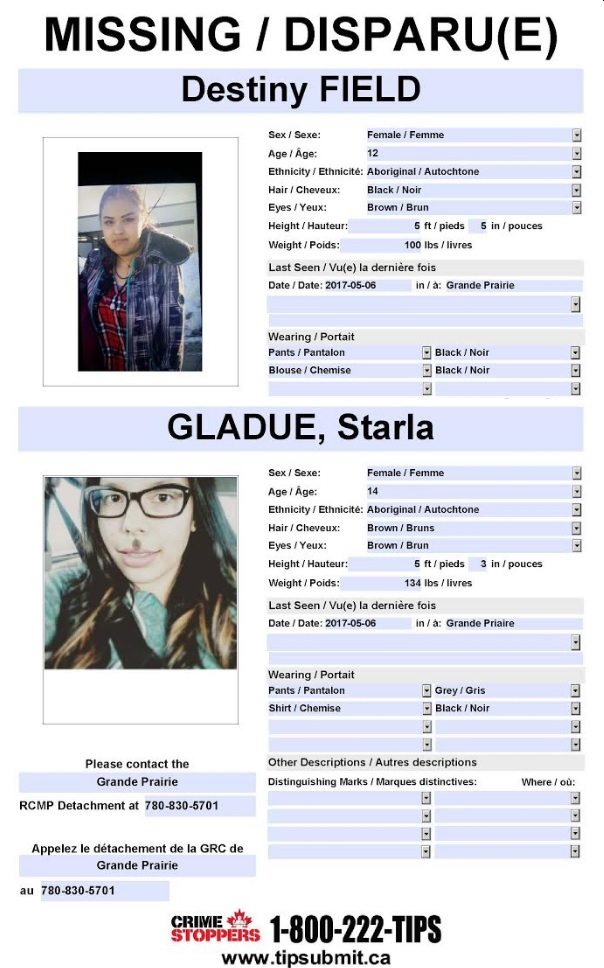 Destiny is described as Aboriginal, 5’5″ and 100 pounds with dyed purple hair and brown eyes. She was last seen wearing black pants and a blouse.

Starla is also Aboriginal, 5’3″ and 134 pounds. Her brown hair has been dyed blonde and she has brown eyes and a birth mark on her upper lip. She wears glasses and was last seen wearing grey pants and a black shirt.

Police say there’s concerns for their well being, and ask anyone with info on their whereabouts to contact the detachment or Crime Stoppers.