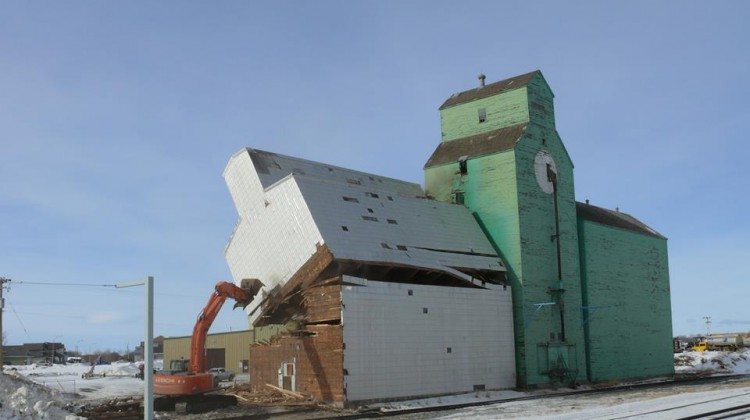 Plans to restore the last remaining grain elevator in Sexsmith are on hold. Mayor Claude Legace says CN Rail still hasn’t decided whether or not it will sell the town the land it’s on.

“We were hoping it would be ahead by now but we’re still waiting to hear from CN on the purchase of property. At the moment we lease the property from CN; we’re asking if they will sell it because the grant is stipulating on whether we own the land or not.”

A 20 year lease for the land was signed in 2014, before one of the three remaining grain elevators burned down. The other was demolished early last year.

The provincial grant would help cover the estimated $500,000 it would cost to fix the grain elevator up to be a landmark. Another option is to turn it in to a museum like in Dawson Creek. Legace adds that some money is already coming to fix up the 1928 Northern Alberta Railway Station.

“Our museum society is very active and it got just under $7,000 to move forward to help on the NAR Station. Between that and the blacksmith shop and all the work the museum society is doing restoring other things, our downtown should all fit in.”

Legace says they wrote CN a letter in the fall and will be following up this month.  The hope is to hear back by the spring.