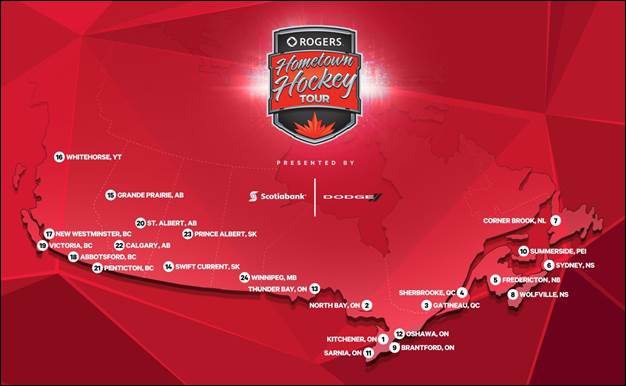 With four weeks to go before the Rogers Hometown Hockey tour arrives in Grande Prairie, the city is getting into the spirit of the game. During the first two weekends of the new year, local neighborhood associations will be hosting skating parties around the city.

The Grande Prairie Storm will be hosting the Calgary Canucks as well on January 9 at Revolution Place. The Bluewave Energy Fun Night will include pre-game prizes and a highlight on Minor Hockey during an intermission. The Hometown Hockey weekend itself will be in Grande Prairie on January 16 and 17.

The weekend of hockey festivities will culminate in the broadcast of the Montreal Canadiens and Chicago Blackhawks game, the telecast of which will be hosted by Canadian hockey broadcasting legend Ron MacLean.