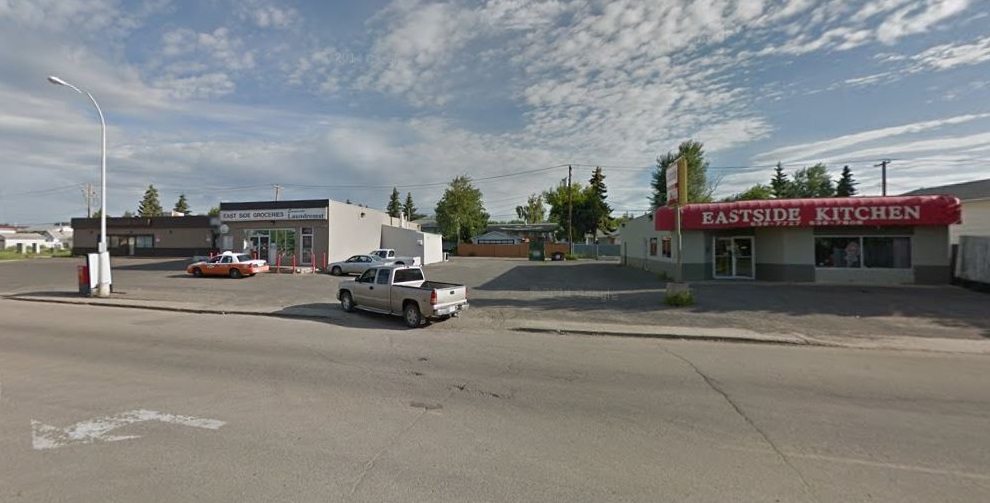 Despite recent efforts to combat criminal activity on their property, the Eastside Grocery store was robbed by a man with a knife Sunday night. RCMP says the masked man was holding the weapon when we demanded money from a staff member around 8:30 p.m. last night.

Fortunately, no one was hurt, but the suspect made off with an undisclosed amount of cash. He may have driven away in a dark coloured Chevrolet extended cab truck with a tidy tank or tool box.

The man is described as Caucasian, 5’8″ with a medium build and brown eyes. He was wearing blue industrial coveralls with reflective stripes, black boots, gloves and a mask. Anyone who could identify him is asked to contact police or Crime Stoppers.

The owners of Eastside Grocery and Liquor recently received a SafeGrowth grant from the City to help them buy new security systems. They also plan on improving lighting and doubling up on staff on night shifts.