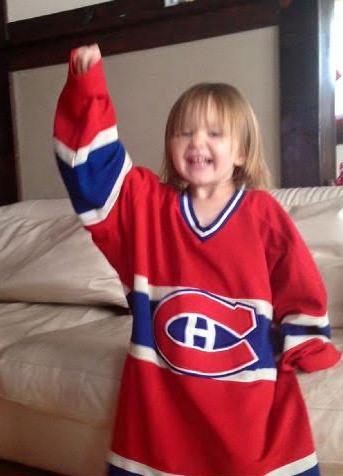 UPDATE #2: RCMP in Blairmore have arrested a suspect in the homicide of 27 year Terry Blanchette. The suspect, a 22 year old man, was arrested in Blairmore earlier today and is a resident of that community.

The search for 2 year old Hailey Dunbar-Blanchette is ongoing and the Amber Alert is still in effect. Amber Alerts expire 24-hours after they are issued, RCMP will be renewing the Amber Alert at 2:14 p.m. today and is asking the jurisdictions of British Columbia, Saskatchewan and Montana to do the same.

Police have also located a white van in the Blairmore area but are still in the process of determinig whether or not it is related to the little girl’s disappearance.

The name of the suspect is not being released by RCMP at this time.

UPDATE: RCMP is now investigating a homicide in connection with the abduction of 2 year old Hailey Dunbar-Blanchette. Her biological father was found dead in a Blairmore home by a family around 11:15 a.m. this morning. He’s been identified as 27 year old Terry Blanchette, and his death is being treated as suspicious.

An Amber Alert has been issued after a girl was abducted from the town of Blairmore in Crowsnest Pass at 3:30 a.m. this morning. The child abducted is 2 year old Hailey Dunbar-Blanchette, a Caucasian female with a small build, light brown, straight hair with bangs, and brown eyes.

Hailey was abducted by an unknown person. The suspect vehicle fled the residence west speeding. The vehicle is described as a newer model white van, with a large rear antenna, with a flag attached.

MLA Tracy Allard appointed to Treasury Board in cabinet shuffle